See HRNZ Information for The Guardsman 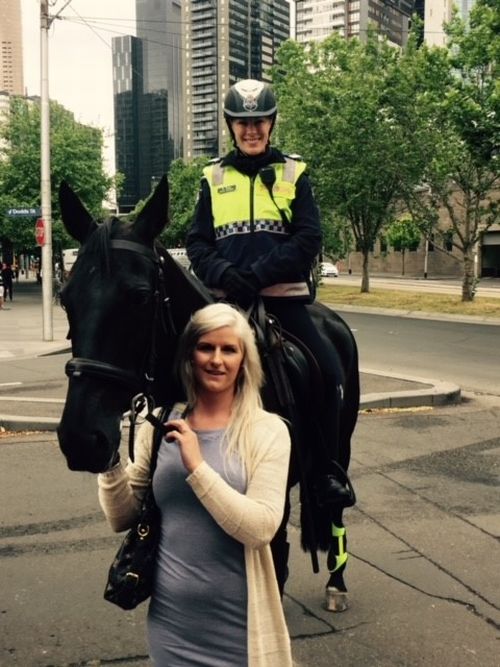 I have a super life after racing story.

Back in 2015 I attended the Melbourne Cup carnival, whilst watching the parade finish up the last display to go by was a team of four Policmen/women on their horses.

I happened to notice one in particular. I hurried my brother along to follow the officers like a crazy person, and ended up catching up with them and asked if the horse on the second from the end was 'The Guardsman' (also named Johnny around the stables) from New Zealand. The officer riding said yes he was and whilst she was still looking a little sideways at me I explained that I, along with Tom Kilkelly, trained him back in New Zealand.

They were so lovely and moved us around the corner to take photos and have a pat etc.

Johnny had been out on force duties for six months and was loving it. He was extremely well taken care of and looked a million dollars.

From a little town at the bottom of the South Island in New Zealand to the big smoke in Melbourne and making it!

He was purchased by owners of ours at the time called the 'Sue Ping Syndicate' made up of alot of the Southland Stag rugby players at the time and then made his way to Australia to race.

He is now 16 years old sired by Washington VC out of Fashion. He won twice in New Zealand and placed several times.

Unbelievable how these horses mean so much to many. As a trainer out of all the horses I could have spotted, or seen in a place like Melbourne I knew it was him.