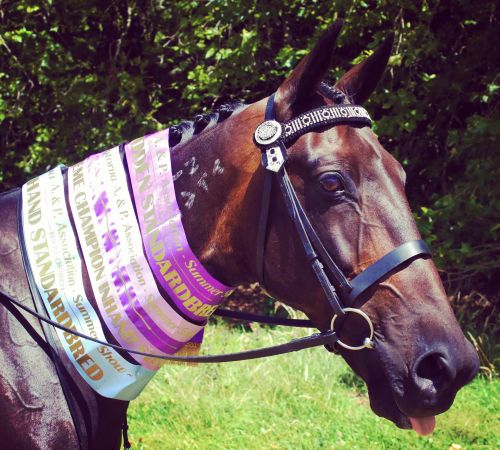 Rusty as he is known raced until he was 12. He had colic surgery while he was in training and then went on to win his first start back after recovery.

Rusty has proven to be a star off the track, winning multiple champions and supremes in the show ring and placing at dressage and show hunter days.

Rusty has just retired from his show duties and is fat and happy being a paddock ornament.