The Standardbred is heavier in build than the Thoroughbred, but still shows quality and refinement.

Standardbreds tend to be more muscled and longer bodied than the Thoroughbred. They have a more placid disposition which suits horses whose racing style involves more strategy and speed. Standardbreds are considered people-oriented, intelligent and easy-to-train horses.

Hambletonian 10, born in 1849, is recognised as the "Father of the American Trotter" with nearly every Standardbred able to trace their lineage back to four of his sons.

In 1879 the name Standardbred was officially given to the breed - in order to be registered every "Standardbred" had to be able to trot a mile within a “standard” time (2minutes 30seconds). Today, Standardbreds race much faster than the original standard, with leading horses in NZ now pacing the mile below 2minutes, with leading trotters only a few seconds slower. Recently in Australasia the 1minute 50seconds barrier has been broken.

In harness racing, standardbreds either trot or pace. 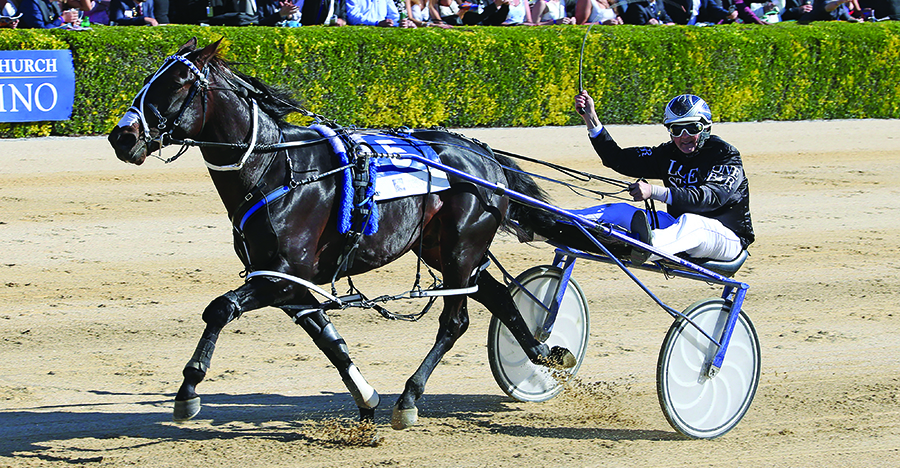 Lazarus pacing his way to a NZ Cup victory.

As the name suggests, the trotter's preferred racing gait is the trot, where the horses' legs move in diagonal pairs, when the right foreleg moves forward so does the left hind leg, and vice versa. 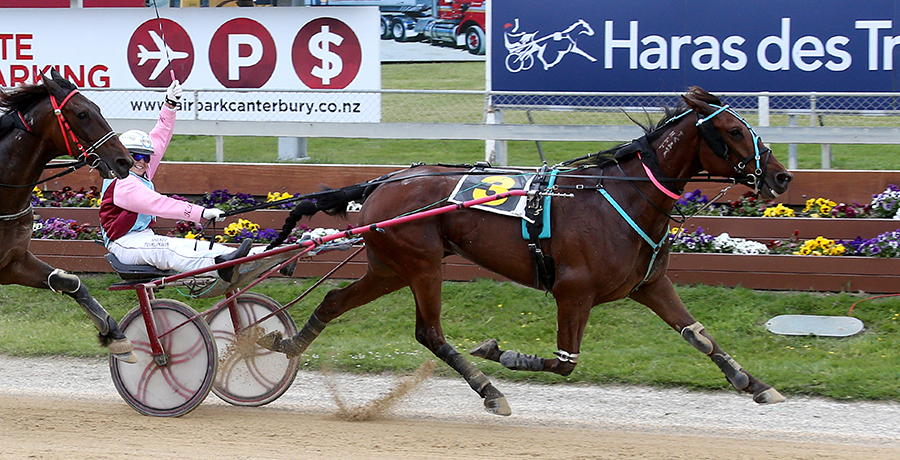 Amaretto Sun Trotting her way to victory in the 2017 Dominion Cup.