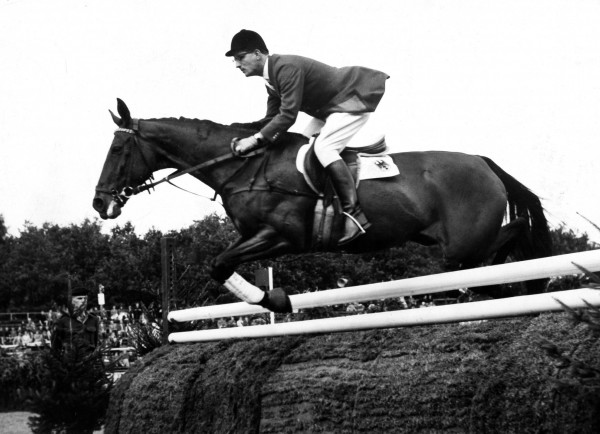 Did you know that...

The most decorated horse in the history of Olympic showjumping is a standardbred mare!

Halla was foaled in 1945 in Germany by the Standardbred stallion Oberst out of an unknown French trotting mare.  She stood 16.2hh when competing.

Early in her career, Halla was considered talented but irritable and difficult to manage and changed riders several times before coming into the stable of Winkler.

Winkler sustained a severe injury in the first round of the jumping at the ’56 Olympics and was not even able to mount the mare unassisted.  But such was the chemistry between horse and rider that Halla went on to basically jump the final round clear with Winkler just pointing and steering. In so doing, she won both the individual and team Gold medals.

Halla died at the age of 34 years as the world’s most decorated equine Olympian.