Teal Pants success on both sides of Tasman

A final tally for this year’s Teal Pants campaign is expected later this week, with indications that the total could top $40,000. Team Teal had 65 wins in the six weeks from with Sam Ottley leading the way with 16 wins.
On the other side of the Tasman the campaign comes to a close with the Australian Female Drivers’ Championship meeting at Launceston on Sunday.
Duncan McPherson, the man behind the awesome concept, proudly estimated this year’s campaign would raise “between $250,000 and $300,000” when everything was counted.
“That’ll bring us close to $2 million since when started the Teal Pants idea back in 2010,” he said.
“The support from right across Australia and NZ has been simply phenomenal.” 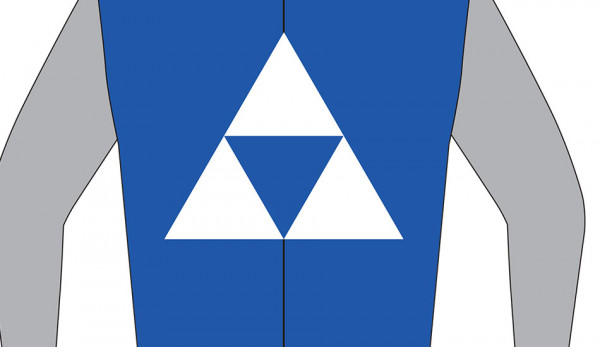 Change is the word for Hayden Cullen, he will debut his new colours this week. Since taking over the All Stars operation near Christchurch this year he had been using the colours made famous by Mark Purdon and Natalie Rasmussen. Now his own kit has been poroduced. Cullen also welcomes back One Change, after the son of Bettor’s delight completed a very successful time in Australia with 8 wins in 15 starts. The last time the horse raced in this country was a second to Copy That at last year’s Vero Stakes at Addington.

Hayden Cullen’s former training partner Brent Mangos trained his 400th winner when Needamargarita won at Manawatu yesterday. He has 338 on his account, and 62 while with Cullen from 2011 – 2014. There were two firsts from the one race at Alexandra Park last Friday when Mighty Monica gave Sheryl Wigg her win as a trainer, and Tate Hopkins his first as a driver. It was his fifth amateur drive. He also trains in partnership with Frank Cooney, together they have had 85 wins since 2013.

Some notable stable changes, with Town Echo returning to these shores after a stint in Australia. The three-year-old Art Major filly will be trained by the Dunns at Woodend beach. Mr Ibiza has also gone from the Logan Hollis-Shane Robertson barn to Steve Dolan in Christchurch. From four starts Mr Ibiza has had two minor placings behind horses such as Classy Operator and Montana DJ and will aimed at up-coming two-year-old features at Addington.

Addington Raceway’s confirmed details for its Punters Challenge at its big night on April 9. The four-strong teams will start with $600 each, with an extra $10 going to the Maia Health Foundation. First prize is $2000, with $350 and $200 food and beverage vouchers at Spectators Bar and Bistro for the place-getters. The meeting features three Group Ones - the NZ Trotting Derby, the NZ Trotting Championship, and the New Zealand Derby - as well as the group Two Welcome Stakes and Superstars Championship.

The Winton Harness Racing Club’s feature race meeting of the season takes place at Central Southland Raceway in Winton this Saturday (20 March).
To mark the occasion the club is combining a premier racing programme with a large family day with plenty of activity to appeal to everyone on Upper Cuts Butchery Race Day.
The race programme includes the $20,000 Winton Businesses Cup and the $20,000 Southern Belle Speed Series Final supported by Vet South Equine and the Southern Standardbred Breeders Association. Those feature races will be supported by a full day of racing commencing at 12 noon.
Complementing the racing is a ton of activity with something for everyone. Richard Race brings his model aeroplane for a demonstration which is bound to enthral the crowd. A similar demonstration several years ago was an absolute crowd pleaser.
For the children there is plenty to do and it is all free! A bouncy castle, sumo suits, pony rides, bumper balls, sack races and a lolly scramble are all part of the day. Not only that but there will be a Yabby (crayfish) competition and a horse gearing up race for trainers and drives.
Mr Whippy will be on course and admission is free for what will be a wonderful family day out.