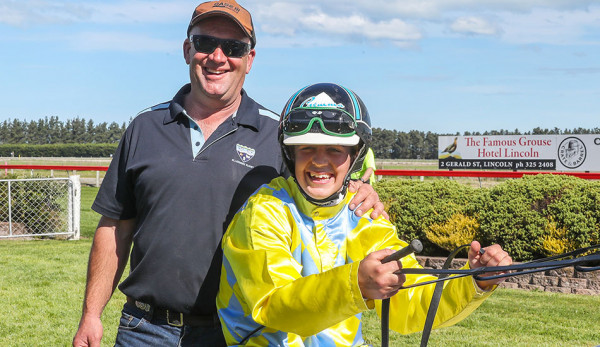 “Pretty much perfect” is the way Gemma Thornley sums up a golden few days on the West Coast.

The Canterbury-based junior driver had what commentator Matt Cross called a “field day on the circuit” with three wins and two seconds at Westport last Friday and Reefton on Sunday. That took her season’s tally to 7 wins from 56 drives.

At Westport her first win came with the very promising Swedish Franco.

“And it was my first win wearing the Teal Pants too,” she said, referring to the Teal Pants campaign that raises awareness and funds for ovarian cancer research.

Then two days later at Reefton she won with Superfast Gorsey. It was a breakthrough win at start number six for the trotter trained by her father Chris. She also won with Swedish Franco, this time with an emphatic performance.

“It was my first double, so that was pretty cool,” said a clearly delighted Thornley.

In the space of two race meetings she’s taken her career winning tally from six to nine. She also romped away with the West Coast Team Teal Ladies Driver Championship with 18 points, ahead of Kerryn Tomlinson on 10, who won on both days with now nine-win trotter The Bloss (both times ahead of Thornley’s drive, Rachmaninov).

“It was pretty good,” she said, “in fact it couldn’t have been much more perfect.” 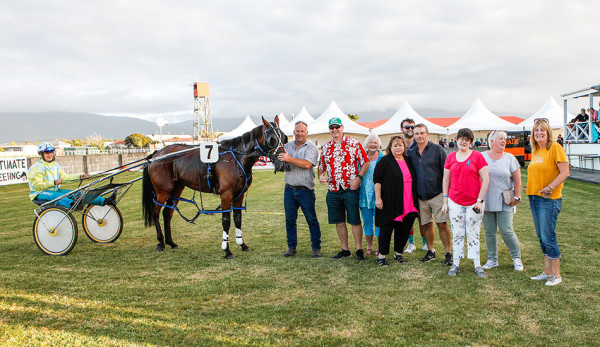 Swedish Franco is trained by her employer Steven McRae at West Melton just outside Christchurch and has now had three starts for three wins.

“She was very green in the first race and gave me some interesting moments.. she left the gate sidestepping a bit.”

“I felt a bit nervous before the second race, when they talk up the horses the pressure is on you …. but she went better on the Sunday than the Friday.”

She’d love to retain the drive, but faces competition from the stable’s top driver, who just happens to be her uncle Craig Thornley, who drove the mare to win on debut at Wyndham in January.

Gemma Thornley is the third generation of her family to be involved in harness racing following on from her father Chris and grandfather Robin.

“But I’m the only grandchild,” she adds

As to the future she is looking forward to further making her mark in the junior ranks.

“Johnny (Morrison) and Sheree (Tomlinson) all leave juniors at the end of this season so there will be some good opportunities.”

Her winning ways on the West Coast will certainly help with that – a lot.