Messenger winning combo out for more Group One glory 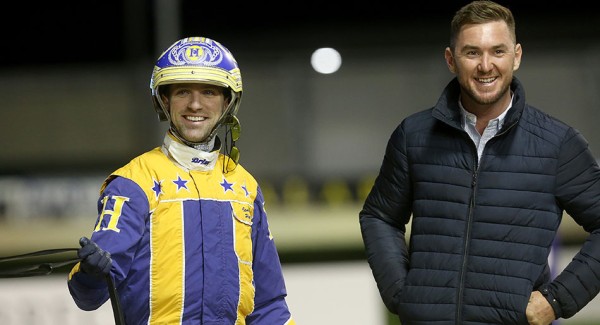 Fresh from their upset Messenger triumph, Jason Grimson and Cam Hart will chase another Group 1 win at Menangle on Saturday night.

One of the new “power combos” of Aussie harness racing team with leviathan owner Danny Zavitsanos and the much-improved Ideal Dan in the $210,000 Australian Gold 4YO Entires and Geldings final (1609m).

Ideal Dan showed promise for the dominant Emma Stewart and Clayton Tonkin stable, but has been a revelation with five wins from as many starts since joining Grimson’s Menangle stable.

“We really like him, but this is another big test,” Grimson said. “We’d love to chase some of the big races in Queensland so this will give us a better guide on where he’s at.”

Ideal Dan has the big advantage of barrier three compared to his three major rivals. They are Ideal Dan’s former stablemates Beyond Delight (gate nine) and Act Now (12) along with classy WA raider Mighty Ronaldo (10).

It speaks volumes for Mighty Ronaldo’s talent that champion WA driver Gary Hall Jr is flying from Perth to Sydney to drive him. 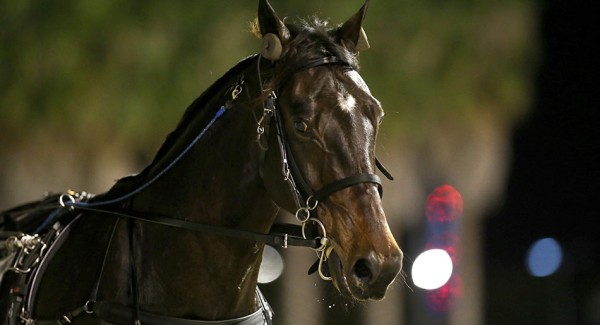 Majestic Cruiser toppled hotshot Self Assured in the Messenger at Alexandra Park on Friday for Grimson and Hart, following on from his impressive second in The Race at Cambridge.

Earlier this Saturday night at Menangle, wonder mare Ladies In Red faces one of her biggest tests from a horror draw in the $210,000 4YO Mares’ final.

The Emma Stewart and Clayton Tonkin-trained easily won her heat at Ballarat last Wednesday night, taking her record to 18 wins (and three seconds) from just 21 starts.

“The draw is just a number. I’m putting my faith in her to overcome it,” driver Nathan Jack said.

“I’ve said before, she can do the impossible, this mare. That’s what makes her so special.”

She beat them both in the Ballarat heat last week, but Joanna will be fitter for the run and Tough Tilly had no luck at a crucial stage.