New Zealand’s trotting hero will miss the next big stop on the northern autumn circuit but some help could be on the way to keep the group races viable.

Sundees Son obliterated yet another national record in the Peter Breckon Memorial National Trot at Alexandra Park last Friday night, taking over three seconds off the 2700m mobile mark in a relentless display that mirrored his Dominion demolition job in November.

His rivals, headed by Muscle Mountain and Bolt For Brilliance, can breathe a sigh of relief as driver John Dunn has confirmed Sundees Son won’t head to Cambridge for the $50,000 Flying Mile Trot on Thursday week.

“He had a hard run last Friday and you can’t start in every big race so this was one we always thought about missing,” says Dunn.

“The reality is he is such a great stayer he is very hard to beat in anything over distance but over the mile with their gate speed Muscle Mountain and Bolt For Brilliance can be too quick for him to catch.

“So we will definitely miss next week and head to the Anzac Cup and Rowe Cup.”

With only five starters in the National Trot last Friday and Sundees Son not backing up at Cambridge there must be some fears about the Group 2 mile getting off the ground, with Harness Racing New Zealand generally reluctant to hold races that attract less than six starters.

That is made even more difficult by the enormous talent of Muscle Mountain and Bolt For Brilliance, who like Sundees Son are often good enough to scare the next level of trotters away.

What may help secure a field is the preferential barrier draw conditions, which mean the best horses get the worst barrier draws.

Rival trainer Michelle Wallis says that is the main reason she will nominate Invictus for the race as well as stablemate Temporale so it will only take two more entries to see the race held. 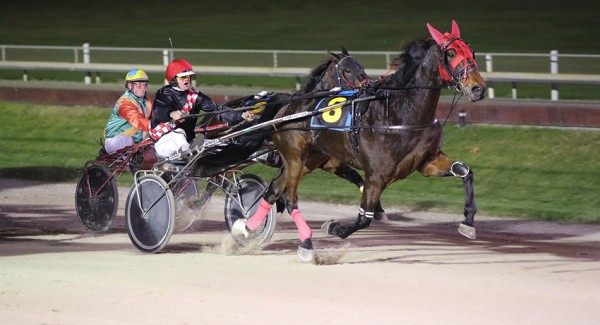 That still suggests small numbers for the remainder of the major autumn trots but help could be on the way in the form of master trainer Paul Nairn.

Nairn has somehow managed to return talented trotting rogue Matua Tana to winning form after he outstayed some handy opposition for his first win in 18 months at Addington last Friday.

Matua Tana has always had a massive engine but spent over a year sidelined with what was first feared was a shoulder fracture but Nairn now believes was arthritis.

He races in the NZB Standardbred Uncut Gems Trot at Addington this Friday and if he behaves himself could come north for the remaining major trots and be joined by dual-gaited stablemate Outamyway, a throwback who has won races both pacing and trotting this season.

They would add welcome numbers and Nairn's name recognition with punters for the two Alexandra Park races and even more so if they head north in time for the Cambridge race.

The $50,000 Pacer’s Flying Mile the same night could also see some of that gait’s elite take the night off with Self Assured likely to miss it after a hard run in the Messenger at Alexandra Park last Friday.

But rival trainer-driver Brent Mangos hopes to be there with South Coast Arden, who missed the Messenger when he was found to have mucus in his throat on race morning.

“It wasn’t too bad and the scope suggested it wasn’t in his lungs so I have actually been able to work him slowly over the weekend,” says Mangos.