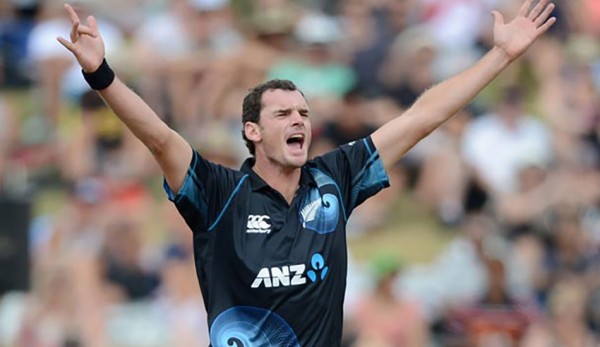 "We've been in Group Ones and Group Twos, and had a great run," says Mills.

Over the past decade or so the syndicate (Kyle, his brother Heath, as well as former All Black halfback Ant Strachan and Mark Lyon and former trainer Gareth Dixon) has bred, owned, raced and sold horses all linking back to their foundation mare Eyre To The Throne.

"We just try and get enough funds to keep it all going," says Mills. 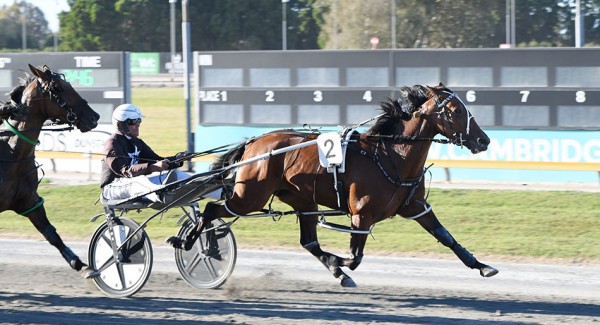 The latest example is Cyclone Charlotte. The three-year-old Bettor's Delight filly has been to the races twice, winning on debut for trainer-driver Tony Herlihy and then finishing a close-up third, also at Cambridge, on March 24. Now she's been sold to Perth.

"She's always shown some ability and so far she's lived up to her breeding."

And the racing genes are definitely in the Mills family. Kyle Mills says he and his brother had "no chance" not to be involved in racing. Their parents were deeply involved in the sport. They met at the Village Farm stables in Takanini when dad Terry was a stable hand. Their mother Carole was the daughter of Charlie Morrison, a long-time starter at both Cambridge Raceway and Alexandra Park. His brother Ken Morrison was a successful trainer in his own right too during the 1950s-70s.

"We spent a lot of weekends at Graham Reaks' place at Pukekohe, that's how we spent our childhood," says Mills.

Village Farm would later be taken over by Bruce Wallace, who trained galloper Hit The Bit for Kyle and Terry Mills. Hit The Bit had five wins from 130 starts, finishing his career in the South Island in 2014-15.

For years Kyle's interest in racing was a welcome sideline from the rigours of international sport.

He took 327 wickets across all three formats for the Blackcaps, and was the world's top ranked ODI bowler in 2009. He retired in 2015.

These days the 43-year-old father of three has a few business interests in sports field development, media and cricket (he was bowling coach for Indian Premier League side Kolkata Knight Riders) as well as his involvement in racing.

The foray into breeding started when the syndicate bought Eyre To The Throne off Ian Dobson (of Christian Cullen fame). She'd won three from five across the Tasman in 2008-09.

She was served initially by Mach Three, with her first two progeny being Cyclone Prince and Cyclone Kate. 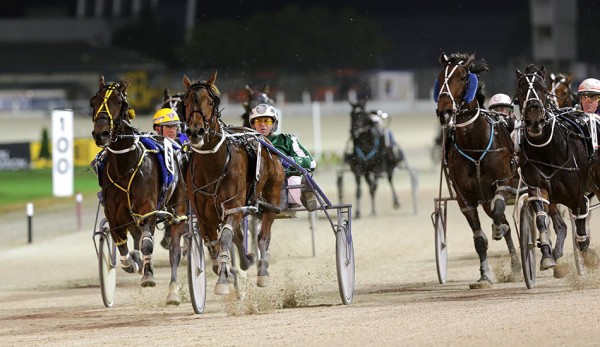 Trained by Gareth Dixon, Cyclone Prince was "a proper horse" who won four for 24, including the 2013 Group One Cardigan Bay/Young Guns 2YO Final, before Cyclone Kate turned into a champion performer, winning 21 times on both sides of the Tasman, including victories and placings at Group and Listed Level.

While Cyclone Charlotte will do her future racing in Western Australia the "Cyclone" name will live on in this country as well. Cyclone Kate was served by Bettor's Delight last October, making the foal a full brother or sister to Cyclone Charlotte.

She's also had two Art Major foals, a filly and a colt. One went to this year's NZB Standardbred Yearling Sales at Karaka. The bay filly, prepared by Hollis and Robertson Equine Services, sold to a Queensland buyer for $32,000.

"We were actually expecting more, in the $70 -80,000 range and we would have got more if she'd been sold after Cyclone Charlotte's win at Cambridge," says Mills.

And the 17-year-old Eyre To The Throne is also still breeding. She is in foal to Captain Crunch. She also produced a Vincent filly (foaled 2019) that is with trainer Zachary Butcher and is due to qualify this preparation.

The Cyclone breed is showing no signs of running out of puff, with Cyclone Charlotte now tasked with living up to the family name across the Tasman.

Tribute for Live Or Die

Live Or Die is being remembered as a wonderful horse known for his tough as teak racing style.