DG Jones to the fore at The Mot 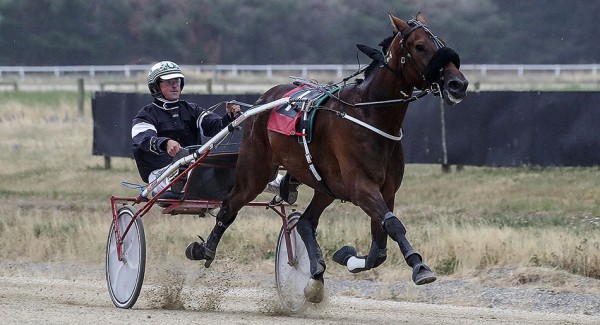 There might be a few double takes when Bob Butt and Doff Your Cap get on track at Motukarara today.

The five year old gelding is trained by Leonne Jones at Woodend. Her racing colours are usually black and white.

But today they will be replaced by the maroon and grey stripes made famous by one of harness racing's greats, Derek (DG) Jones for the race that's named after him, the Group Three Majestic Son DG Jones Banks Peninsula Trot. 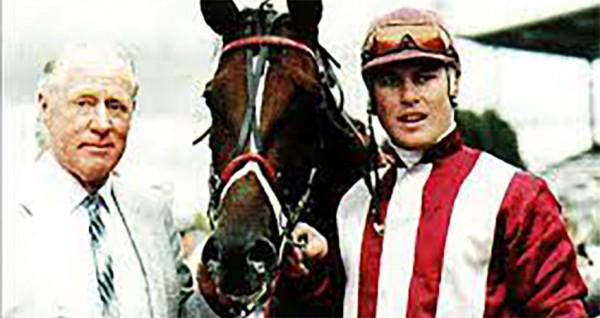 The Butt and Jones families run deep in Canterbury harness racing and Butt is well aware of D G's status in the sport.

"He was a champion trainer," says Butt

"His name often crops up at smoko because Peter helps me out in the mornings."

Peter is Peter Jones, Derek's son, and Leonne's husband. How poignant it would be if those colours were back in the winner's circle today.

Peter Jones is a two-time New Zealand Cup-winning driver (Borana 1985, Hands Down 1980) with Derek training both Hands Down and Blossom Lady (1992) to win the biggest race of them all.

A trainer for over half a century from the mid 1950s other champions D G Jones was associated with were Soangetaha, Barrier Reef and Rewa Scott.

He trained and drove the winner of the race that now bears his name, with Light View winning in 1969, and was president of the Banks Peninsula Trotting Club from 1994-97. He died in 2006, aged 79.

Lyell Creek, I Can Doosit, and Sundon are others to have won the Banks Peninsula Trotting Cup, as did Bob Butt's father David with Call Me Now (1994) and Call You Later (2002).

A last start winner at Addington Doff Your Cap is at a $18 quote.

"That's fair, there are some big bangers in," says Butt, "it is a massive step up."

Mataderos' grass track record is impressive, with five wins from seven starts, while Robert and Jenna Dunn-trained stablemate Chief Of Staff is also in good form, having won his last three.

Of the other two top contenders, Majestic Lavros just got home at Oamaru, after a second to Sundees Son fresh-up while Vacation Hill has one win and two placings from three starts on grass.

The forecast for Sunday isn't good - something Butt thinks might not be a bad thing.

"It might slow down some of those good ones."