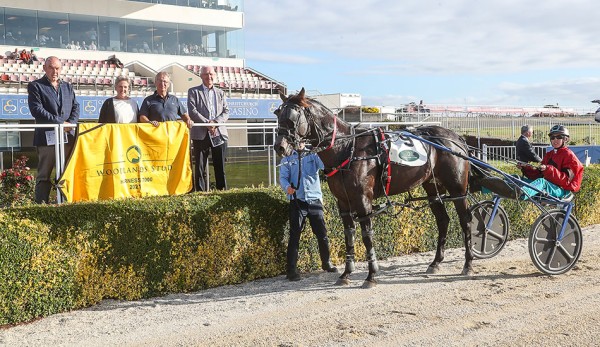 The three-year-old season is set to hot up this Spring.

In the past the Harness 7000, the Sophomore Classic and the Trotting Fillies Classique have been held between January and May. In 2022 they will move to September and October.

"The scheduling of the three races has been well received by owners and trainers," says Sires' Stakes Executive Martin Pierson, "they are top races in their own right but also serve as a perfect lead-in to the other 3YO Classics later in the year."

The Woodlands Stud Harness 7000 will be held at Addington on September 16, followed by the Canterbury Spa and Pool Trotting Fillies Classique on September 23, before a move to Ashburton on Labour Day for the Garrard's Sires' Stakes Sophomore Classic for the 3YO Colts and Geldings on October 24.

The Trotting Fillies Classique has been upgraded to a Group Three, while the Harness 7000 and the Sophomore Classic remain Listed races.

The shift in dates has come about through the new racing calendar moving from August 1- July 31 to January 1 - December 31.

"Programme conditions will be released soon for all three races," says Pierson, "so people should keep an eye out for updates on the HRNZ and Sires' Stakes websites and if anyone is unsure about their horse's eligibility don't hesitate to get in touch."

Countdown on for country's top fillies

Won by some of the greatest horses to ever race in this country, the latest edition of the Nevele R Fillies Series kicks off later this month.