Yesberg bags three - "it was a big thrill" 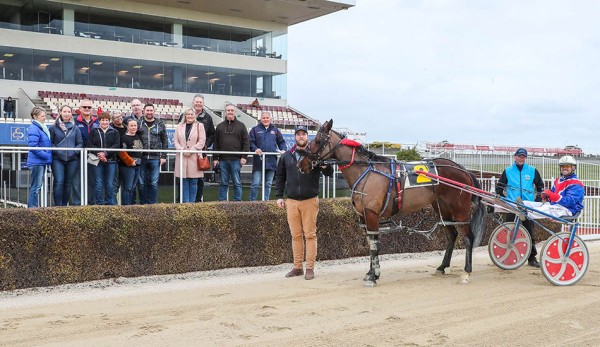 Driving or training three winners in a day is not unusual but a breeding hat-trick provided a career first for North Canterbury breeder Paul Yesberg at Addington on Sunday.

"It was a big thrill," said Yesberg, "I certainly can't recall another day when it's happened."

Trained by Paul's son Trent, No Gee Ess Tee kicked off the treble, followed by King Arthur, trained by Joseph Gray, and then the Bob Butt trained and driven Khal Drogo.

"What's particularly pleasing is that these days we only breed to three or four mares so we haven't got the numbers that the big breeders have."

All three were bred by Yesberg at his Ripple Creek establishment north of Christchurch.

"It's like following your own kids, after they leave you still want them to do a good job."

Both No Gee Ess Tee (Bettor's Delight) and King Arthur (Auckland Reactor) are out of the Yesberg-bred Gold Return (Ambro Operative - Return To Gold). Five of her progeny have made it to the race track. It was No Gee Ess Tee's first win in six starts, and King Arthur's second.

"Gold Return won her first start for Terry Chmiel (Forbury Park,2011) but she had a dodgy leg and never won another race."

"And King Arthur, we basically gave him to Joseph. He was a giant horse, about 17 hands, and Joseph's done a fine job with him." 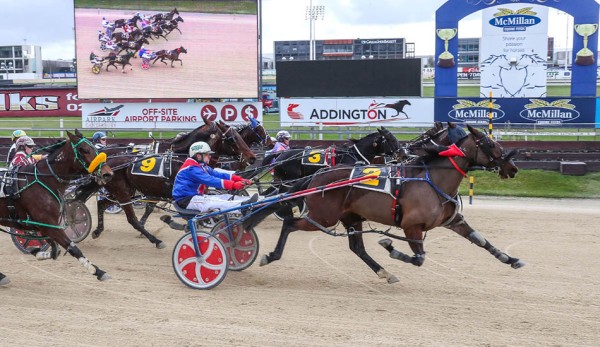 No Gee Ess Tee has been a "boomerang" for Yesberg. Gold Return was in foal to the horse when he sold her, only to re-acquire her prior to her race debut in September 2021.

"Trent's been very patient with her, she's a six-year-old who's only had six starts."

In contrast Khal Drogo's win on Sunday was his fifth in 30 starts.

Named after the Game of Thrones chieftain, Khal Drogo is by Sportswriter out of Return To Gold, who is a full sister to Gold Return.

"I sold Khal Drogo when he was in foal, and Return To Gold's next foal was Spellbound!"

Of all the horses Yesberg's been involved with he rates Bettor Rock On as the best of them all. A seven-race winner in this country he went to Australia in 2014 and then onto to North America. With a best mile rate of 1:50.0 the Bettor's Delight gelding finished with 40 wins from 208 starts.

In 2022 the Yesberg racing team's been going well with 10 wins so far including Rocknroll Diva who has won three of her last six starts with Paul Yesberg hopeful there are more to come.

"These days we have tried to upgrade our stock by buying nice yearlings and going to the likes of Lather Up, Always B Miki, Sweet Lou, Art Major, and Bettors Delight.

"We have some nice ones but they are not early two-year-olds so we just have to take our time."