After 28 wins there's no more McLovin 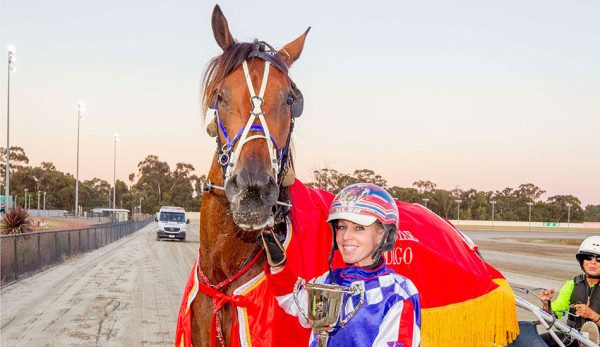 “This was always going to be his last campaign, but we felt the time was right now,” he said.

“He’s been a great horse for us, taking us into so many big races. One of his Group 1 wins was the Bill Collins when he sat three-wide most of the race and beat them.”

McLovin raced 98 times for 28 wins, 26 placings and banked $453,388. Now nine he was trained initially by Ray Jenkins. His daughter Amber and husband Jason then took over before McLovin headed to Australia in December 2019.

Gath is sure his record would have been even better had McLovin not had a setback in NZ while being set for the 2019 Auckland Inter Dominion.

“He was right at his peak then and he may well have won that series he was going so well,” he said.

“He was never quite the same horse after that. He always raced a length or so below his top after the setback.”

Meanwhile, Gath’s top trotter Majestuoso is having a let-up after racing below his best in a few runs this campaign.

“He just hasn’t quite been right. There’s been a few little things, like tying-up, etc,” Gath said.

On a brighter note, stable star and outstanding three-year-old Catch A Wave is thriving.

“He’s actually in full work and could trial now, but we’re just biding our time with him because there is nothing major until the Victoria Derby (October),” Gath said.

“We will just keep ticking him along with a plan for a couple runs ahead of the Derby heats.

“I’d say he’ll be racing by mid to late August.”

Blessed with amazing talent, Gath knows maturing and learning more about racing is the key to Catch A Wave’s progression.

“That’s why he’ll have those few runs before the Derby heats.”