End of an era for Ginger Woodhouse 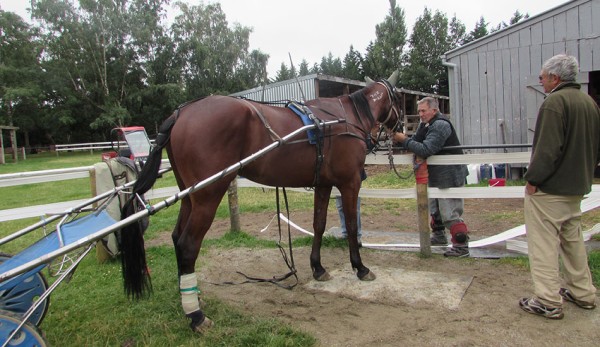 After being involved in breeding and racing horses for more than 60 years one of southern racing's most irrepressible characters has finally - and somewhat reluctantly - handed in his trainer's licence.

Bryan Gerald Woodhouse, universally known as Ginger, has decided he will not renew his licence for the 2022-23 season.

"I had a fall and broke two of my ribs and I've lost part of my balance," says Woodhouse, "there's no way I can keep training my horses."

The incident happened in August last year and he's never quite come right.

"It's just not safe," says the 83-year-old who's well-known for his highly successful "Pat" breed of horses, and a cameo in a Mainland cheese Tv commercial that aired in 2016. 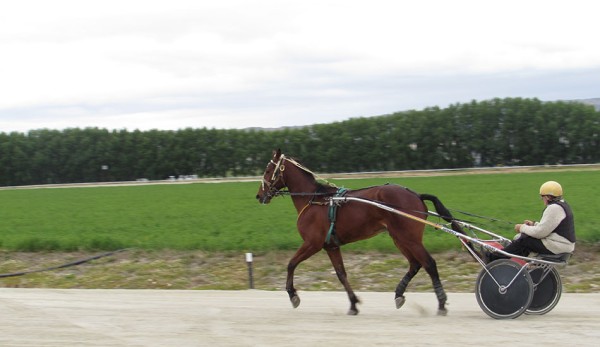 From 1963 to 2021 Woodhouse trained 31 winners, from 655 starts, and he drove six winners. Trotting has been his favoured gait though he's bred and raced some outstanding pacers as well, including Woodlands Lifeline who won 16 races. Many of Woodhouse's horses have ended up in Australia and North America.

Along the way there have been some dramas. Once he was "catapulted" out of his sulky when doing fast work.

He ended up with seven broken ribs, a punctured lung and a dislocated right shoulder.

The affable Woodhouse is Central Otago to his very core. He was born in Roxburgh and grew up near its trotting track. He lived and worked on the family farm before a stint as a publican at Becks, then running his own horse transporter business. His truck literally clocked up more than a million miles!

The "Pat" suffix came from Woodhouse's late wife Pat. There are dozens that he has either raced or bred.  Game Pat (3 wins), Stroppy Pat (5 wins) , Pat's Sun (2 wins), Lucky Pat (2 wins), Turbo Pat (8 wins) and Pat's Victory (3 wins) are just some of the winners he's been involved with over the decades.

Supreme Pat was remarkable, not only in the number of races he won but also the fact he had such a terrible start to life.

"On the day we weaned him he slipped on the tarseal and shattered his stifle. He just stayed in his box for six weeks and gradually recovered."

He went on to win 34 races in New Zealand, Australia and North America, including the 2001 Victorian Trotting Derby and the Sires Stakes Trotters Championship.

In 2016 Woodhouse featured as "Bob" in a Mainland Cheese tv ad. He portrayed a husband trying to impress his wife Millie with flowers and other gifts in his attempt to rekindle their romance. The campaign followed the very popular "Good Things Take Time" series that was a Mainland cheese mainstay for a decade or so.

Woodhouse's performance was a success though as he puts it "I never got another job". 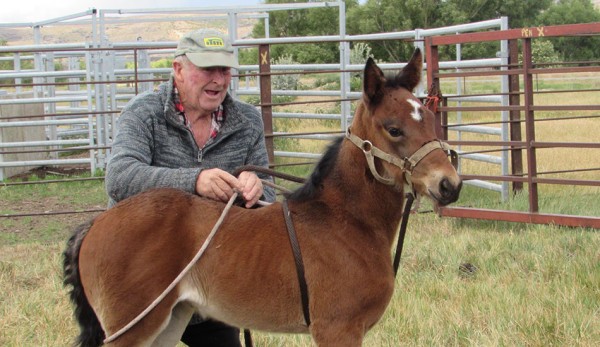 With Hollywood's lack of interest Woodhouse returned to his day job of training and breeding horses and being the track manager at Omakau, a role he's held for 25 years. Such has been his years of service that he was given a "significant contribution" award at the 2018-19 Otago Harness awards.

While his change of circumstances now mean he won't be driving fast work or training anymore he still plans to keep doing his bit.

"I'm at the racecourse every day - we are putting in a new irrigation system at the moment."