Blue September off to a good start 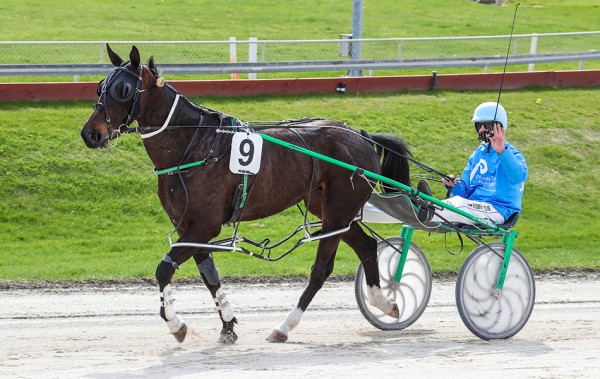 Harness Racing New Zealand’s Blue September campaign has got off to a flying start with eight wins and over $3000 raised last weekend.

It’s the first time HRNZ has been involved in the annual Prostate Cancer Foundation fundraiser. Ten drivers are involved, with each of their wins adding to the tally. Five “ambassadors” have been successful so far.

When Robbie Close steered Honour Before Glory to an all-the-way win at the Ashburton Trotting Club’s meeting at Addington yesterday it saw another $1100 added to the kitty.

HRNZ and the Ashburton Trotting Club both contributed $100, with Close adding $100 himself, and his personal supporters significantly boosting the total. Todd Racing Limited added $500, with Cavalier Trotting Products, the Any Excuse Syndicate and The Dumpster Syndicate putting in an extra $100 each.

“I'm very lucky to have owners that support me, and the cause," said Close.

"It's something that people don't talk about enough, and raising money and awareness is so important."

The campaign started with a roar thanks to Brent Barclay (3 wins) and Matty Williamson (2 wins) in superb touch at Invercargill last Thursday, followed by Blair Orange (1 win) at Addington and Todd Mitchell (1 win) at Cambridge on Friday night.

In one race at Addington on Friday there were no fewer than four drivers all wearing the same blue Prostate Cancer jackets. That's prompted some discussion about how it's difficult to differentiate between them.

"It can be confusing for sure," says Close, "working out who's driving what horse."

The decision to go with jackets was made to provide a point of difference from the very successful "Teal Pants" campaign HRNZ has been involved with in recent years to raise funds towards ovarian cancer research.

HRNZ may re-visit the issue after the campaign finishes, but for now the jackets will be persevered with. The drivers will have different coloured caps on to help tell who is who.

This week’s racing is at Cambridge and Wyndham on Thursday, followed by Addington (Friday) and then Methven on Sunday.