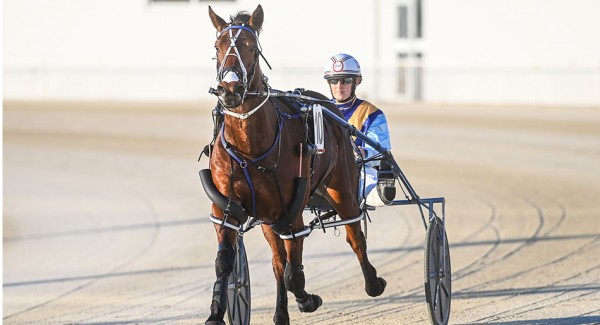 So much can go into getting a horse to the races, and Friday's debutante Absolute Dynamite is a case in point.

His journey to the races has been far from smooth sailing, particularly for his breeder, Dave Kennedy of Otautau. Having bred the likes of the richest ever Southern Hemisphere pacer in Themightyquinn, it’s not uncommon to see the initials of D W Kennedy in the breeder column. 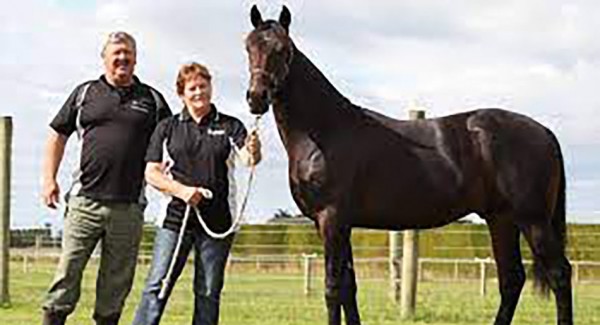 The man behind the vaunted Beaudiene breeding operation of the deep south has had his hands full however trying to extend the maternal line of Absolute Dynamite, having run into plenty of obstacles along the way.

“I’ve always been really keen on the Estella Amos bloodlines, having produced the great Indianapolis which also led to the tail lines of Adio Star who produced four Derby winners herself,” said Kennedy.

“I was speaking to John Hay one day who was at Spreydon Lodge at the time and I had told him to contact me if anything came available from that family.

“He had a couple available and we managed to lease one with a right of purchase for a syndicate that Murray Brown had put together and I said when she is finished racing I’ll buy her,” he said.

The mare's name was Brilliant Franco (1992 Holmes Hanover – Belle Reign) and while no star, was an honest performer who won 4 races and placed on a further five occasions from 51 starts.

She got off to a fantastic start at stud with Kennedy selling her second foal, Highflyin Fella (2000 In The Pocket) for $95,000 at the yearling sales.

“Brian O’Meara bought her first foal called Falcons Fame at the sales and he showed some promise but went amiss after winning a couple early,” said Kennedy.

The third foal was Absolutely Brilliant, a daughter of Christian Cullen and the subsequent third dam of Absolute Dynamite.

“Ray Jenkins bought her home and we got off her off the float and after we gave her a worming shot, he stood back and said by Christ you’ve got a good one here.

“And she was, a typical Cullen and just a standout foal,” said Kennedy.

Kennedy felt the best was never seen from her, with her biggest flaw being the fact she was born into a crop of fillies that included the likes of Mainland Banner, Molly Darling, Foreal, Life of Luxury and Kamwood Cully.

It didn’t stop her from saluting the judge eight times, with her career highlights running third in both the (G2) Southland Oaks and the (G1) Nevele R Fillies final.

“It was a very good crop of fillies that year and she did a great job on the track winning eight, and being by Cullen I couldn’t wait to get her in the breeding barn,” he said.

Having also managed 14 placings and achieved a 1:56 mile rate, this is where things would have trended positively on one of Jacinda Ardern’s now famous flow charts.

Unfortunately for Kennedy, this is where things started to turn to custard.

“I bought her home after she had finished racing, put her in foal and fed her up and unfortunately I probably fed her too much. She had a massive foal by Falcon Seelster and she haemorrhaged foaling and had to be put down.

“It was a real bugger because I truly believe she would have been a wonderful producer for us,” said Kennedy.

The silver lining at the time was the fact that the foal who had to be hand reared from day dot was a filly by Falcon Seelster.

Having a daughter to breed on with by a champion broodmare sire meant things could have been a lot worse.

Abbeys Babe was broken in by Kennedy and was doing everything right until one day, she became otherworldly as far as attitude was concerned. 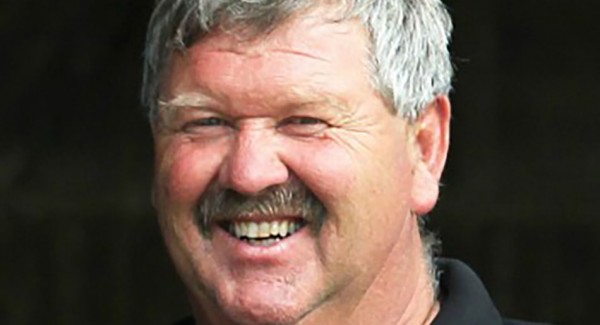 Kennedy has dealt with plenty of fiery fillies in his time, but nothing like this. “She was good as gold and out of the blue she just went bloody dog,” he said.

“She was at Murray Brown's place and we were getting her out of the paddock to work one day and she gave me both back legs. I told her off and she did the exact same thing again.

“We took her out of the paddock she was in and put her in a paddock by herself and when I got her the next morning she tried it again.

“From that day on she was just a real rogue and Brownie (Murray) gave me a call a few days later quite concerned and asked us to bring her home.

“The first thing she did was kick another broodmare over the fence,” he exclaimed.

At stud Abbeys Babe was quite obviously a handful and gave Brent Macintyre and his son Caine plenty of grief in her first season at stud.

Kennedy was keen to persevere with the bloodlines and put her in foal to Bettor’s Delight to whom she produced a lovely colt.

That was about all she did however with the colt named Shedontloveme, the result of Abbeys Babe having no maternal instinct whatsoever.

“She just dropped the foal and walked away, didn’t want to know him.

“He was a nice colt, Steven Reid bought him at the sales and right after he took him back to Auckland he had a bout of colitis which almost killed him. He came right and after he won his fourth start, Steven called me and said I think the pennies dropped now and he might be a Cup Class horse.

“Three days later he went out to find him dead in the paddock.”

Abbeys Babe wasn’t improving in the attitude department though she did produce a Bettor’s Delight filly with her second foal (also disregarded by Mum).

“We were genuinely worried she was going to kill somebody one day, I wouldn’t let anyone in the paddock with her and even getting her served was a huge rigmarole."

Fortunately her two foals had thrown more to the temperament of their sire with Bettor’s Delight being a renowned sire of laid back stock. And with a daughter to breed on with, the decision was made to retire Abbeys Babe from stud.

Kennedy leased the Bettor’s Delight filly named Absolutely Delighted to clients of Brad Mowbray and while she had a bit of ability, an ailing knee having suffered a kick from another horse held her back from showing her worth.

“She broke three minutes 12 for 2600m and Brad thought she was real tough and actually quite liked her, but she never got anywhere near her potential,” said Kennedy.

“I put her in foal to Captaintreacherous and was thrilled to get a lovely looking colt first up.

“But even he had to overcome some obstacles including a disputed bid at the Yearling Sales.

“I was walking back from the ring quite chuffed with the fact he had sold and when I got back to the box they told me I had to take him back,” laughed Kennedy.

That colt was Absolute Dynamite and he was eventually sold for $42,000.

“It was great to see him go round on Friday night and it’s been quite the journey for him to get there if I’m being honest."

Despite having a five dam page due to the many obstacles along the way in proving this pedigree, it hasn’t put the buyers off with Phil & Glenys Kennard purchasing his full brother for $60,000 at the sales in March this year.

Kennedy has a colt by Always B Miki out of Absolutely Delighted to take to the sales this year and is rapt with how he’s progressing.

“He’s a bit bigger then both of them and by sales time when he fills out into his frame he is going to look very good.

Fingers crossed this is the beginnings of some better news stories for the maternal line of Absolutely Brilliant.

Some absolutely brilliant news also is that Kennedy reports that after a challenging period which has seen him battling cancer, he appears to have knocked the bugger off and recent medical results would suggest he has scaled the mountain and come out the other side a winner.

“I lost a lot of weight doing chemo and the like but I seem to have put it back on,” he laughed.