Bettor Twist - "felt like the winner a long way from home"

Brent Mangos knew in the warm up for Friday night’s Rosslands Stud Queen of Hearts that this was the night for payback.

And so it proved as Bettor Twist led throughout to win the Group One in her usual relentless style.

Mangos has been looking after Bettor Twist for Canterbury trainers Mark Purdon and Hayden Cullen, who last month provided him with a group one win in the New Zealand Free-For-All with Southcoast Arden, who they looked after for his Cup week campaign because Mangos was trapped north of the Covid borders.

So he was able to pay them back with the caretaker training for this $100,000 group one, also doubling down by doing the driving.

And he felt even more confident about her success after Bettor Twist warmed up.

“She was on the bridle even in her warm up, far more so than last week,” said Mangos.

“So after that she got off the gate well for her and once she got to the front she was travelling very well.

“She felt like a winner a long way from home.”

The victory was Bettor Twist’s 14 from 23 starts as she edges close to $600,000 in stakes and even though she is still three she will be given her chance in the Franklin Cup on December 31. 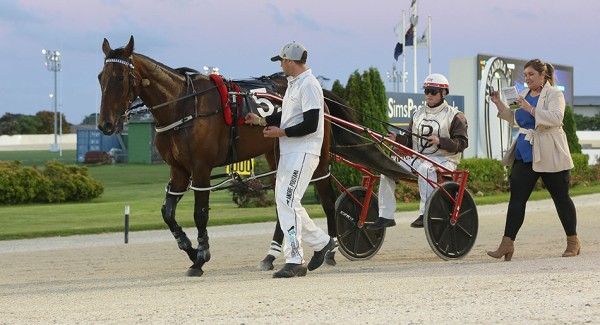 Ironically considering it is an open handicap and thought about as an aged pacer’s race the Franklin Cup looks set to be dominated by the three-year-olds in Krug, B D Joe and another of Friday night’s winners in Hot And Treacherous.

The latter also won on Friday night by leading all the way in the standing start 2200m of the Thames Cup, in which B D Joe was a strong third.

“He is getting better all the time and is a very good standing start horse, which will help later in her open class career,” said co-trainer Gareth Hughes.

The other big winner on the night was Mr Ibiza, who led throughout in the Northern Two-Year-Old Stakes to hold out Flyin Tommy an Casino Action while eyecatching earlier was Aardiebythehill in the intermediate grade trot who looks a horse who can make his way to open class for trainer Derek Balle.

And Temporale did what Temporale does, overcoming a 20m handicap in the 2200m Thames Members Trot to record the 25th win of his fantastic career.