Wilson in the House at Manawatu 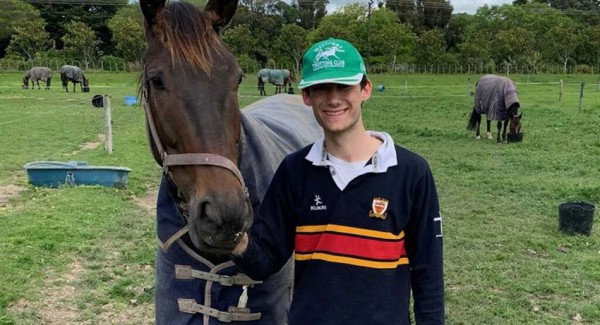 It's not like Wilson House is dipping his toes into raceday driving - he's wading in.

Today the 17 year old will not only have his first raceday drive but will be involved in all five races at today's mini meeting at the Manawatu Raceway. All his drives are prepared by his father and high profile trainer Michael House.

Michael House has been a dominant force at Manawatu in recent years, especially with champion driver Blair Orange.

"Dad’s been amazing, and very supportive,” said the Christchurch-based Wilson, who's in his final year at high school.

And he thinks he’s ready - "I've done lots of fast work at home, and then the trials and workouts."

Of his five drives he reckons one of his better chances on the day could be his very first drive, Palisade ($6.50), despite winning just one of 32 starts. He starts in the Racing Again Monday 8th November Handicap Trot.

"We've drawn the front row and if he gets away ... he certainly has been ok at home."

Another "favourite" of sorts is Greenback Boogie ($10) in Race 3, the Go The Turbos Syndicate Mobile Pace.

"Dad calls him the worst maiden in New Zealand, he's not that bad, he's never won but he did run second at Addington. “

While not a winner yet, Greenback Boogie does have six placings in his 37 starts.

One of young Wilson's most eagerly anticipated drives is on Joanie Magic, a $3.50 second favourite behind stablemate Mop (Blair Orange) in race 5, the Central Energy Trust Mobile Pace.

“She’s a lovely mare,” Wilson said of the first starter, “I qualified her at Addington and really like her.”

House’s other drives are Rake ($15) in race 4 (Get Vaccinated For Covid Mobile Pace) and Superstar Legend in race 2 (Thanks Ken Spicer Mobile Pace) – “he was only fair at the trials and has an average draw.”

House made the long trip transporting the team from Christchurch to Palmerston North over the weekend – “it took us 13 hours”. They will be back home tomorrow.

In the future he could well be based in the Manawatu as he’s looking at studying veterinary science at Massey University.

“If that happens I could also look after some of dad’s horses that stay up there.”

Wilson House says veterinary science is always something that he’s been interested in, having been around animals all his life. It’s also in the genes with Michael House being a director of the Prebbleton Veterinary Hospital.

Today the teenager gets it to mix it with some of the country’s best drivers including Orange, Sarah O’Reilly, Jim Curtin and Jonny Cox.

"The best advice I've had is 'don't worry about it - it's just a race and not to panic'.