What The Hill looking to emulate 2021 sale results 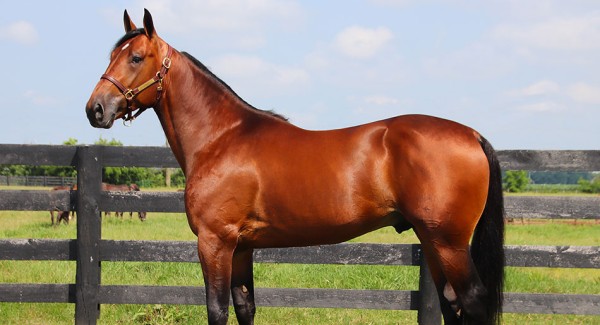 A trotting sire in hot demand with Australasian breeders in the 2021-22 season was the son of Muscle Hill in What The Hill. This sire has taken the market by storm, being a fresh semen sire has aided his popularity, but it is also hard to knock his pedigree and racetrack credentials.

What The Hill is, as mentioned above, a son of the outstanding square-gait stallion Muscle Hill. But it doesn’t stop there, he is also out of a full-sister to Majestic Son. His breeding therefore combines the genes of two of the top trotting sires down under.

He has already taken the Australasian market by storm and was the leading trotting sire overall at last year’s 2021 NZB Standardbred National Yearling Sales, including a top price of $190,000 for a colt from the Breckon Farms draft.

Closer to home, many trainers who have progeny of the sire in their barns have reported how good they are to work with. And the common comment is “they just trot”. He has been given every chance as a sire in New Zealand and looks set to make the most of it when his debut crops hit the track here this year.

He is represented by some nice progeny in the upcoming sale which are sure to be well sought after again by trotting enthusiasts.

Starting in the North Island he has seven lots going under the hammer including a filly that is closely related to and bred on the same cross as Muscle Mountain, a filly out of a sister to Majestic Son and a colt who is a half-brother to Prince Fearless and Stress Factor.

Heading down south to the Christchurch sale next week his progeny will feature in the Trotting Sale on Monday, 14th February 2022.

Here he has four quality yearlings entered including a colt who is a close relation to star trotter Castleton’s Mission and a colt who is out of a daughter to champion trotter Landora’s Pride.