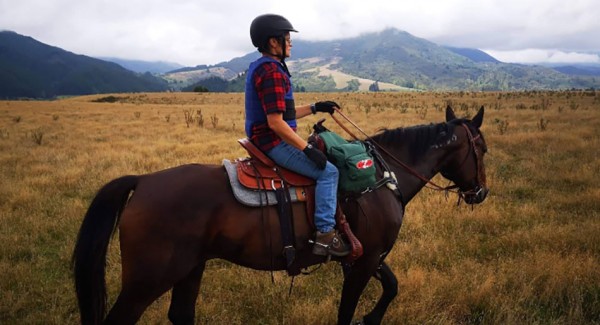 Tracey Knapp makes no secret of her love for her standardbred.

And soon it will be there for all to see.

“I’ve got a tattoo of the family crest on one arm and I’m getting her brand on the other.”

The horse that Knapp says is “her angel” is nine-year-old mare Sioux Eyre. By Elsu from Wai Eyre Lady she had three unplaced runs in her career, as a four-year-old in 2015.

Knapp bought Sioux Eyre off a friend about two years ago - “I wasn’t planning to buy her but she was so sweet.” 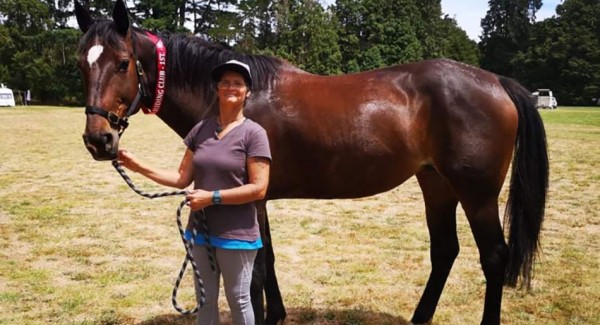 She was then re-educated to saddle – “I have had amazing instructors, that have helped & supported us over the last few years, I couldn't have done it by myself.”

They are based in the Riwaka/Motueka area at the top of the South Island and whenever Knapp is not doing her day job, working at a petrol station, she’s hanging out with Sioux Eyre.

“She’s the reason I get out of bed every morning,” she says, “I don’t ride every day but sometimes I ride her twice a day, sometimes more.” 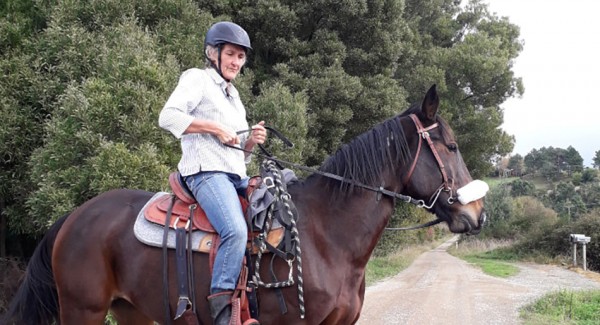 They have done countless hours of hacking, trail riding and trekking around forests and beaches, as well as competing in club and regional events - “she took heart rate of the day twice from more than 40 horses”

“We did the Murchison track over 3 days too which was amazing,” 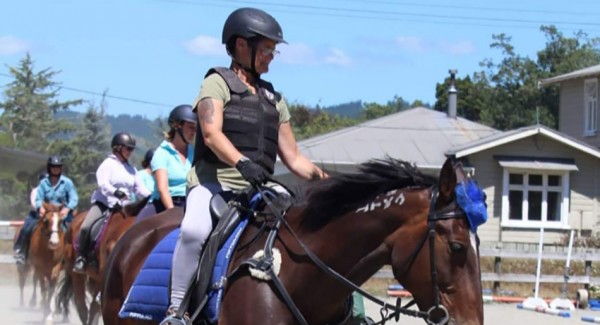 Knapp is also a member of the Nelson Western Riding Association. Western riding originated from ranching, and evolved to meet the working needs of the cowboy in the American West.

“She is a fantastic western horse, she will turn on a dime just with my legs, we took most improved in our club and also for the South Island for last year.”

Longer-term Knapp’s goal “is to ride the horse with no gear – and that means no bridle and no saddle.”

"I did 15 kms with her once and did not pull the reins up once, I talked to her and used body movements and she did exactly what she was told.”

“People say standardbreds don’t bend, and they get a bad rap – I just don’t get it. They are just the loveliest animals.”

Knapp, it’s fair to say, is a big fan and soon she’ll have the ink to prove it.