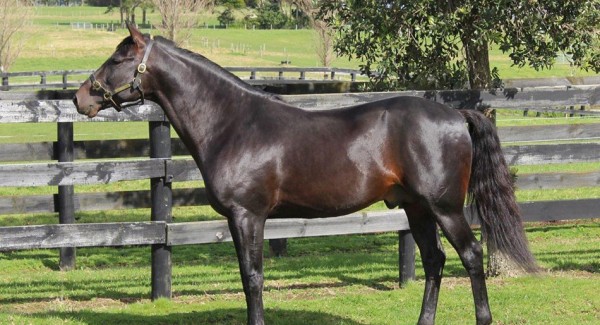 The early signs are encouraging for one of the all-time greats of New Zealand racing who has returned home to try and save his Down Under breeding career.

Champion pacer Lazarus is back in South Auckland, and looking every inch the magnificent pacing machine who once cost a reported $4million, at his new home at breeding giant Alabar.

Alabar has been charged with resurrecting, excuse the pun, Lazarus’s breeding career in this part of the world after two seasons in New South Wales where he struggled to get commercial numbers of broodmares in foal.

Lazarus has been far more potent at stud in his New Jersey base in North America but his Australian struggles threatened to ruin the dual hemisphere breeding career made possible by a remarkable career on the track.

Lazarus was so dominant at his best he thrashed a New Zealand Cup field by 10 lengths in world record time, with two of those left in his wake future Inter Dominion winners (Smolda and Tiger Tara), just like Lazarus himself.

Lazarus also won another New Zealand Cup, scraping home by a mere five lengths, a Hunter Cup, Victoria Cup and then went to the US where he proved himself one of pacing’s greatest ever by pacing a 1:46.4 mile, one of the fastest times in history.

That moved Hall Of Fame trainer Jimmy Takter to suggest given another campaign trained specifically for US conditions, Lazarus could become the fastest pacer ever born.

Impressive stuff, but not much good to Australasian breeders unless Lazarus can get mares in foal and he struggled in New South Wales, with no concrete reason found for his sub-standard results.

Experienced Alabar NZ stud boss Graeme Henley says the early indications are that Lazarus is happy to be home.

“There are a couple of things that are giving us real confidence he can do the job now he is home,” says Henley.

“First he looks great. He seems nice and relaxed and happy here every day.

“And secondly we collected semen from him on Friday and under the microscope it looked totally fine.

“So much so if you didn’t know about the struggles he had had in Australia you would say his semen was that of a stallion at the top end of the fertility ranges.

“That is only his first test down here but we are confident of some good things happening.”

Lazarus has close to 90 broodmares booked to him from most of the leading commercial standardbred breeders in New Zealand with Henley saying others may be waiting to see his early fertility results.

“But breeders have got behind him here, as you would expect after what a great job he did flying the New Zealand flag.

“Australian breeders have been a bit more reluctant but that will change if he starts getting a good percentage of positive tests, although for this season we will cap his numbers at 150 Australasia wide.”

Alabar is also thrilled with full books for Always B Miki, who has had huge results is the US and is producing consistent two-year-old winners in Australasia while Bettors Wish, who was a superstar on the track for Kiwis Chris Ryder (trainer) and Dexter Dunn (driver) has also attracted a full book.

Veteran great Art Major is also expected to secure 200 bookings Australasia wide in the twilight of his wonderful career.

The first in our new series focusing on breeding, Well Bred, hears from Mark O'Connor of Denario breeding.