Tom Bamford aiming to cash in with Pay Me Visa 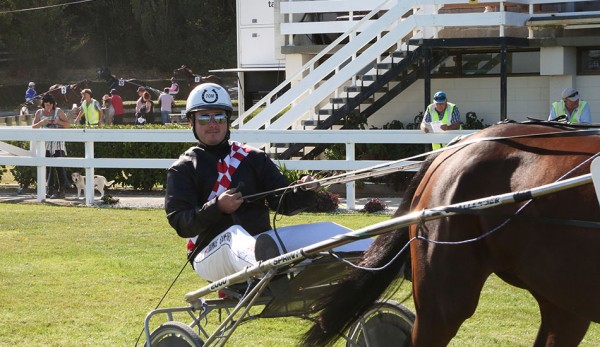 The 26-year-old will pair up with nine-year-old McArdle gelding Pay Me Visa in race 4, the Hydroflow Young At Heart Junior Drivers Handicap Pace (2600m).

After having two seconds in his last three starts Pay Me Visa brings some compelling form to the race for trainer Andrew Stuart. He’ll start off 10 metres in the 10-horse field, which Bamford says should suit him just fine.

“I’ll just try and cuddle him with a wee sit,” says Bamford, “that seems to be his go.”

Of Bamford’s 13 drives he’s has the one placing, a second with Zealous Spur at Winton in March.

As for his breakthrough win, Bamford says “of course I’d like to tick that off and when it comes I’m sure it will be pretty special.”

Bamford currently works for Regan Todd at his Woodend beach stables, after previous stints with Geoff Dunn and Phil Burrows.

He got the job at Burrows’ barn after Burrows' partner Bronwyn Jackson overheard a conversation between Bamford and his dad at a café.

At the café, that Bamford’s father owned, they were chatting about horses and their love of racing, and it was suggested by Jackson that he could go to Burrows’ place to get some hands-on experience.

“It started one day a week and just grew from there – now I’ve got the bug.”

Trainer-drivers Gavin Smith and Robbie Close are among those people that Bamford goes to for advice these days, especially as he analyses drives and works out what he could have done better or differently.

Long term he’d like to be a trainer himself. In the meantime he’s got some driving goals to achieve.

The connections of in-form trotter Musclyn are starting to reap the rewards for their patience with their four-year-old mare and they are hoping her purple patch of form continues in the Goodwin Contracting Trot (2000m) at Rangiora on Sunday.