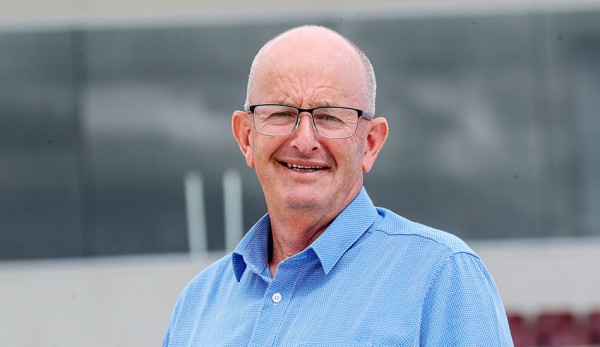 There is one thing that concerns John Denton more than anything else on New Zealand Cup Day. And that's drizzle.

Bad weather of course is a curse to everyone on harness racing’s biggest day, and as Addington Raceway’s Facilities and Property Manager, Denton is no stranger to analysing weather patterns and second-guessing what conditions will be like on the second Tuesday of November.

Thankfully the forecast for Cup day is 21 degrees and no rain.

“Drizzle is the real problem,” says Denton, “it just sits on the track and does a lot more damage than steady rain.”

“The key to having a good surface is to stop moisture getting into the profile of the track.”

And he’s seen Addington in all conditions including a brutal 2019 Harness Jewels where the weather was officially “raining” and the track “slushy”.

“There was 75 millimetres then – but the track still held up,” says Denton.

Denton and his team have spent countless hours to ensure the 1193 metres of the Addington track is at its best for its biggest day.

“We have a total of six staff, four full-timers and two part-timers,” says Denton, “the whole team is outstanding, and Chris Pearce really is my go-to guy - he’s the most loyal worker you could ever wish for.”

“There have been 60 hour weeks leading up to Cup day …. and on the day itself we will have three tractors and graders on the track, as well as everything else that is going on, so it’s a big operation.”

The track has had a zhuzh up, ahead of the 12-race card, with a top up of sand and four millimetre chip.

“I’m always pleased when the first race goes, if it’s not right then you are not going to get it right.”

The last time the raceway was used before Cup week was last Wednesday’s trials, though it did get quite the workout with the 16-race Kaikoura Cup meeting.

“After every race meeting the pylons are taken out and the track is graded, and we even out the build up on the inside of the track,” says Denton, ”it has to be fair for everyone and the track has to have a good even cushion.”

With no track manager at Ashburton at the moment Denton’s also been involved with overseeing the maintenance of that track. On Labour Monday it produced three New Zealand records.

“That was nice to see, I can’t take credit for that though,” says Denton, “but it was in great order and there were some quality horses going around.”

He, more than most, have seen plenty of quality horses close up over the years. Bee Bee Cee’s 1994 New Zealand Cup victory was Denton’s first at Addington – he’s been there ever since.

More than a quarter of a century later he says : ‘“You never stop learning.”