The IRT Harness Jewels are done and dusted. 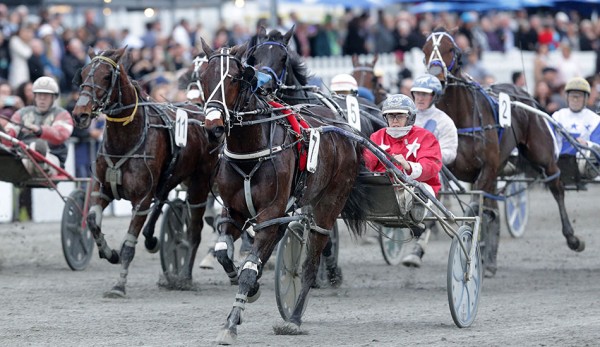 Many were thinking the IRT Harness Jewels had kept the best to last - the Civtec 4YO Emerald - and it was South Coast Arden who was brilliant in taking it out in 1:51.68, the fastest mile of the day. Copy That was the favourite, despite a second line draw, and he got a nice run three wide with cover but couldn't make any headway on the winner, who  paid $7.80 and $2.20. Trained by Brent Mangos, South Coast Arden got handy off the gate and was always looking like it would take some running down. It was Natalie Rasmussen's second win for the day (along with Bettor Twist). Tony Herlihy, Mark Purdon and John Dunn also had two wins. Bad To The Bone was second, with Laver third at lucrative odds ($10.40). The 7:5:11:1 First 4 paid $26,378.20. It was the biggest First 4 of the day by far. 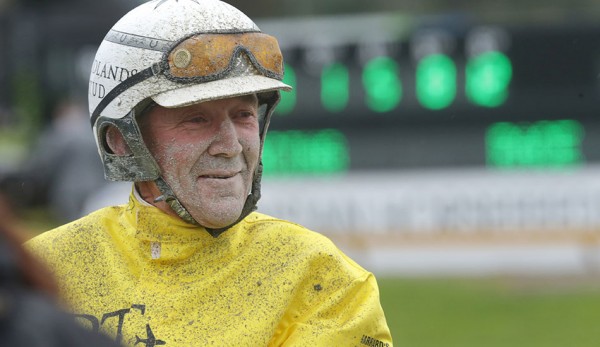 Bolt For Brilliance did just that in winning the Garrard's Horse And Hound 4YO Ruby, ahead of arch rival Muscle Mountain. Bolt for Brilliance was driven aggressively by Tony Herlihy, who got his second training-driving success for the day. He went to the lead about a lap out and then cleared out in the end with Muscle Mountain second, and American Pride third. It was Bolt For Brilliance's second Jewels win, after taking out the 2YO Ruby at Addington in 2019. Herlihy is also a part-owner of the horse. The 11:7:1:5 First 4 paid $81.80. 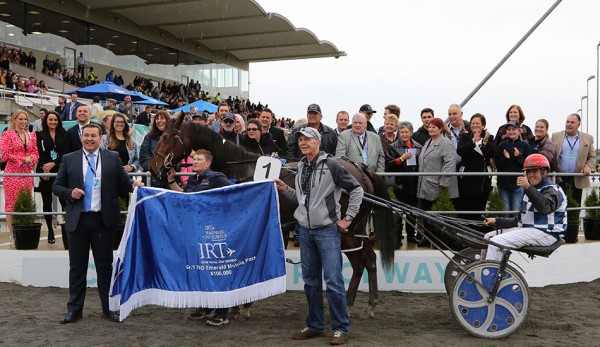 It was always seen as a match race and B D Joe has taken out the IRT 3YO Emerald, beating favourite Krug. Benjamin Butcher went to the lead with the Telfer-trained B D Joe knowing all the time that Krug was right behind him. Krug managed to take the lead briefly after taking the passing lane but BD Joe fought back tenaciously. B D Joe paid $4.50 and $1.50. Krug was second with Hot and Treacherous taking third at big odds ($9.20).   Much was spoken before the race about what B D Joe's tactics would be - in the end he led from start to finish. The 1:9:13:11 First 4 paid $1646.10. 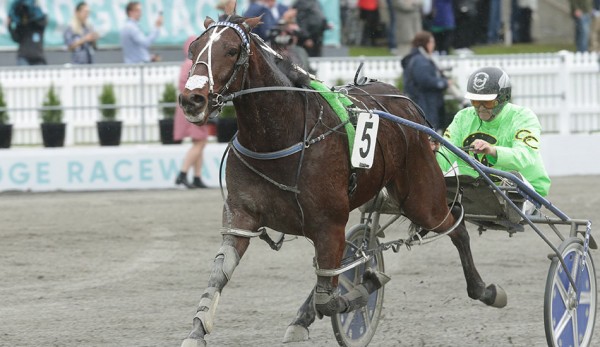 Akuta was seen as one of the  bets of the day but no-one was expecting this! The $1.20 favourite went back to last after drawing handy, only to blast past his rivals in a blistering performance in race 6, the McMillan Equine Feeds 2YO Emerald. He ended winning by ten lengths after travelling four and five wide heading for home. It was a performance that had commentators gob-smacked, with onecalling it an "arrogant win". Major Perry ($5.30) was second, with Cosmic Major third. It was the third win of the day for the Hayden Cullen barn, following on from a Bettor You and Bettor Twist.  Akuta has now won four from five. The 5:4:6:9 First 4 paid $245.40. 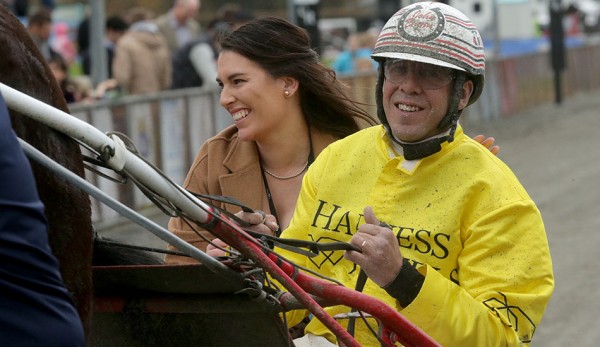 It was win number 9 from just start number 11 for Five Wise Men in the Mitre10 3YO Ruby. The win gave John Dunn his second Harness Jewels victory for the day, after Need You Now's win in the first. The $2 favourite, Five Wise Men had to work hard but found enough to wear down the pace-making Mufasta Metro who refused to give in. Five Wise Men is trained by Craig and Aimee Edmonds.  Mufasa Metro paid $5.70 for the place, with Son Of Patrick ($4.70) third. The 7:4:9:1 First 4 paid $3346.00. 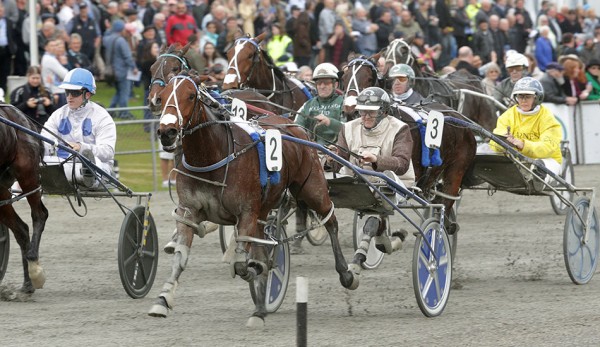 Paying $7.80 for the win A Bettor You has upstaged hot favourite and stablemate True Fantasy in race 4 on IRT Harness Jewels day. The $1.30 hotpot went straight to the lead as expected. Driven by Mark Purdon, A Bettor You was in the trail throughout only to take the passing lane and beat Montana Glory and True Fantasy.  It was the second success on the day for the Hayden Cullen stable, following the win by Bettor Twist in  race 3. Montana Glory was brave in finishing second while Kaching Kaching roared home into fourth for trainer-driver Todd Macfarlane. The 2:4:3:13 First 4 paid $7823.40. 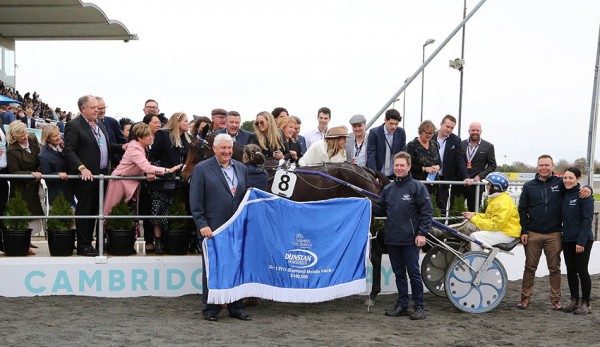 Bettor Twist has become the first favourite to win on IRT Harness Jewels day. But she had to do it tough. Driven by Natalie Rasmussen Bettor Twist was four and five wide from a tricky draw and then kept powering to the line to edge out a fast finishing Lifes A Beach and Off N Gone. Second favourite La Rosa was the early leader and finished fourth. Bettor Twist has now 12 from 17 starts. Her time was 1:52.5.   Lifes A Beach paid $7.90 for driver John Morrison and trainer Tony Barron. 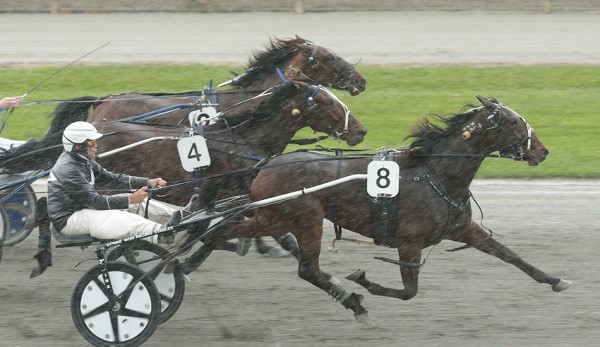 Tony Herlihy has won race 2 of the Harness Jewels with a filly who was bred to pace. It was a New Zealand record for Double Delight (1:58.4)  who is now unbeaten in three career starts. The daughter of Captaintreacherous went back from her widish front line draw and then tracked second favourite Mystic Max into the race.  Mystic Max and Mr Love finished secondand third. Hot favourite Highgrove was four wide early and was then parked before going to the lead,  but broke in the home straight as Double Delight cruised on by. 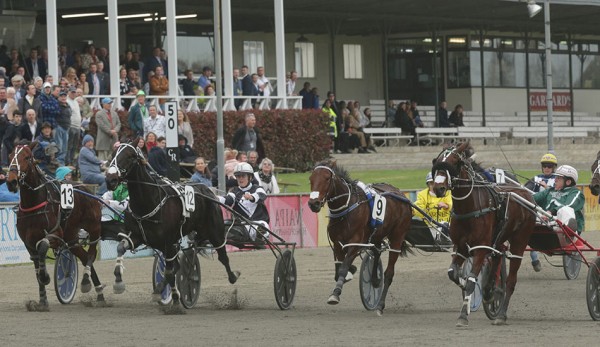 Second favourite Need You Now ($4.60 and $1.40) and driver John Dunn have taken out the first race at Cambridge Raceway, ahead of Plutonium Lady, outsider Rocknroll Mama and favourite Amazing Dream .

Pearl Harbour lead from the start, with Need You Know wide early before being three wide and then parked, before leading at the bell.  $1.60 favourite Amazing Dream meanwhile went back from her awkward second line row and was three wide at the 600. She boxed on into fourth, with Plutonium Lady getting a great run for Samantha Ottley to finish second, ahead of a fast-finishing Rocknroll Mama  who paid $11.20 for the place for driver Robbie Close and trainer Matt Purvis.