Need You Now too good in first at IRT Harness Jewels 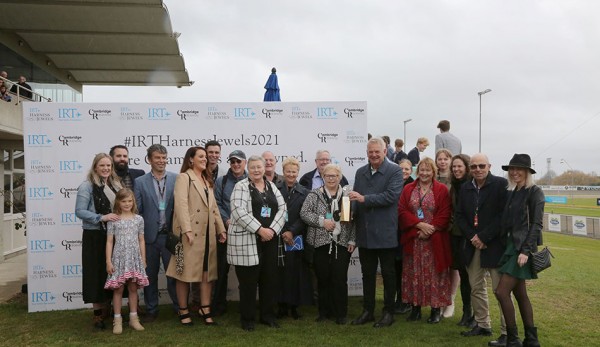 John Dunn’s IRT Harness Jewels day didn’t start exactly how he thought it would but that all changed just under two minutes later.

Dunn drove Need You Now, trained by his father Robert, to win the Four-Year-Old Diamond, holding off the late charges of Plutonium Lady and Rocknroll Mama, with hot favourite Amazing Dream only fourth after being forced to work too hard from her second line draw.

But while the $100,000 group one turned out brilliantly for Dunn he wasn’t feeling quite so confident just 300m after the start when he was trapped four wide with no option but to press forward.

He did so successfully but admits there were some hairy moments.

“I was worried,” says Dunn.

“They all came off the gate inside me hard and we were trapped there.

“I couldn’t do anything else but go forward so she did power of work. So to still win after doing all that was a huge effort.” It was very much a case of the bridesmaid becoming the bride on the biggest stage as Need You Now, owned by the Woodlands Partnership No.3 Syndicate, has only won seven of her 28 previous starts, often finding Amazing Dream too good.

Dunn says he and the connections will now have a choice to make with the daughter of Bettors Delight, whether to put the cue in the rack for the season or head on to Australia where her style of racing will be perfectly suited.

The victory takes her to $182,625 in stakes and she will eventually add to Woodlands Stud’s outstanding broodmare band.

Plutonium Lady was outstanding in second after getting a great run through while the connections of Rocknroll Mama will be left wondering what could have been after she flashed home from her second line draw.

Amazing Dream punters never had a reason to feel confident and while she was brave in defeat it was only the fourth time in her career she has missed a place.