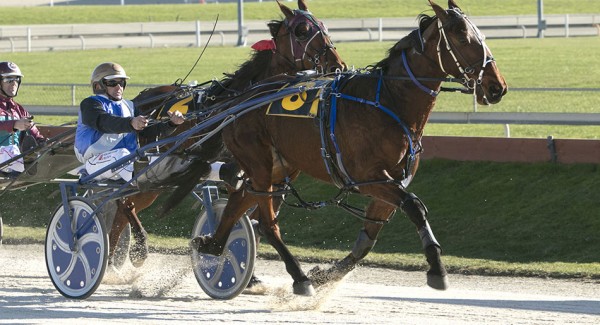 It was a goal Ricky May was determined to achieve - and now he's done it.

When favourite Sheeza Artist held on to win the third at Addington on Sunday one of the sport's all-time greats registered his 3000th winning drive in New Zealand.

It was a confident front-driving drive that saw the 63-year-old become just the third driver in this country to bring up the milestone, following on from “good mates” Tony Herlihy and Maurice McKendry.

“Maurice was from Methven as well.. Maurice is older than me and Tony is younger but they are good friends.”

Getting to 3000 was a major motivator in May getting back into the sulky after his near death experience at Omakau in January 2020. His heart stopped while driving A G’s White Socks and he was revived on track, before being transferred to Dunedin Hospital.

May acknowledges his experience has changed his perspective and says he’s “taking it as it comes”.

“It has its moments,” he says.

"Since the incident it’s been harder to get drives especially for the big stables though Benny (Brendon Hill) and Hopey (Greg and Nine Hope) have been great.”

So it was fitting that Sheza Artist was trained by the Hopes to bring up his milestone victory. 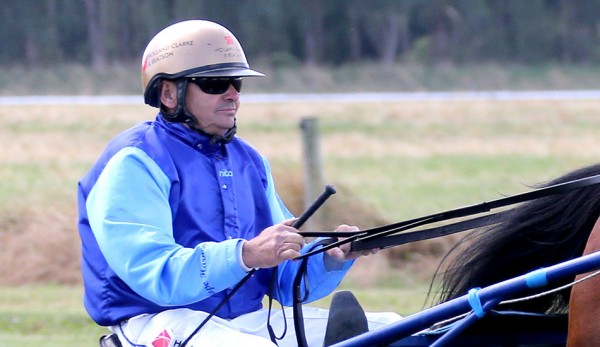 When May does call it quits so does his family’s involvement in the sport.

May’s grandfather Clarrie May was a blacksmith at Methven, who also trained and drove Loyal Nurse to win the 1946 Auckland Cup.

Then there was his father Terry and uncles Leo and Clive, who all trained and drove horses.

Based on their 80 hectare Mid Canterbury farm Ricky and Judy May have three children, all in their 30s, but “none of my kids are interested (in harness racing).”

His two sons run a large contracting business, and his daughter Kate is a physiotherapist.

As for the highlights since starting out as a teenager in the late 1970s, May’s been asked the same questions many times.

“They had very different natures, Monkey King had a streak in him but he was very very good and Terror To Love was a phenomenal stayer.”

Inky Lord is another favourite. He gave May the first of his seven New Zealand Cup wins (in 1989) , after being checked 450 metres from home, only to get vital gaps and edge out Dillon Dean in one of the race’s great finishes.

May has only won the drivers’ premiership once, in 2004, when he drove 105 winners. His most successful season was the 115 winners he drove in 2013, with 10-time premiership winner Dexter Dunn taking out the title with 199.

May’s first winner was full of sentiment for the family. Ruling River, owned by his grandmother and trained by his father, won at Geraldine on November 27, 1976.

His father Terry was the one who made him decide whether harness racing was his thing.

“I needed a bit of pushing to get into it….when I left school I was pretty keen on farming and Dad said either do it or don’t do it, it’s 100 per cent or nothing.” 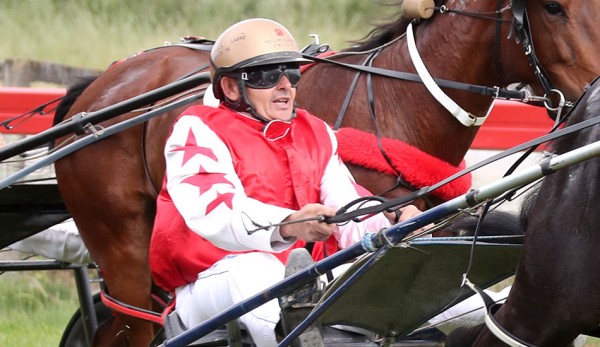 R. T. May, complete with his trademark gold helmet, has driven in more races than anyone else in this country ever.

No one else is in the ballpark, with the best of the next generation Blair Orange still some way off 16,000 drives.

Considering everything it’s a remarkable story of longevity (and survival) and May isn’t about to speculate on when he’ll hang up the reins.

“We’ll worry about that later.”