Jeremy Markham's breakthrough win as a trainer at Addington on Sunday was a family affair. With Jeremy away playing at the national indoor bowls championships in Wellington dad Carl was in the bike for the victory. It was Jeremy's first win as a trainer in his 16th attempt. He also has 15 wins as a driver.

High profile trainer Kevin Pizzuto, of Tiger Tara fame, bagged a double at Bankstown this week. Loorrim Lake made it back to back wins in the Treuer Memorial while Shez So Ideal won a race earlier on. Tiger Tara was a champion for Pizzuto, winning , amongst others, the Inter Dominion Final and the Hunter Cup in 2018, and finishing a very unlucky second to Thefixer in the New Zealand Cup.

Ex-pat Kiwi Dexter Dunn has had one of his best driving days in 2022, reining home five winners at Harrah's Philadelphia over the weekend. He now has 88 wins for the year. It's been a quieter than usual year for Dunn, with $1.75m in stakes. Jason Bartlett is the highest earner at over $5m, with Aaron Merriman the must successful wins-wise with 383 wins so far this year.

The things people do. An American trainer has been fined and suspended after throwing an object on the track as the horses were coming to the finish line at the Meadowlands in New Jersey. It isn't known what prompted him to take such action but the authorities were not impressed, fining him $5000 and suspending him from training for 180 days. 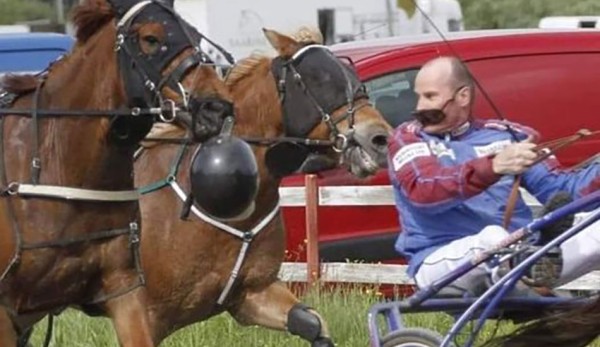 And only in Europe

In a race in Naples, Italy a driver had his helmet stolen, by a race rival. The horse following the driver nabbed the helmet and then proudly trotted around the track with it in its mouth.