One milestone negotiated, Phil Williamson already has his eye on another.

When favourite Dwindle Star won on Sunday at Timaru it gave him training success number 700, with Williamson noting "it's a good number."

"It did look a very winnable race, she's got lovely manners and you don't get many easier watches." 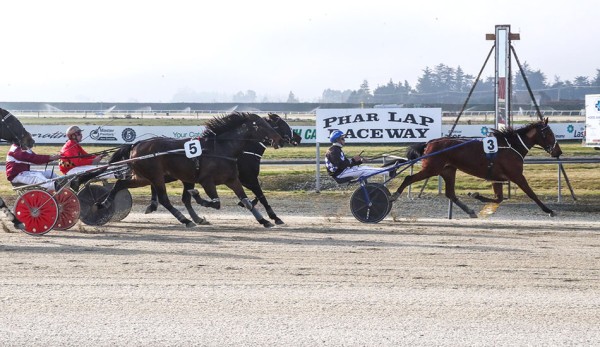 The four-year-old Muscle Mass mare cruised to her second career win by one and a half lengths. It was a notable win for the Williamson family as Dwindle Star is owned by wife Bev and driven by son Brad.

"Racing's been great to us," says Williamson, "and you can't do without the support of family, owners and staff. It's a team effort." 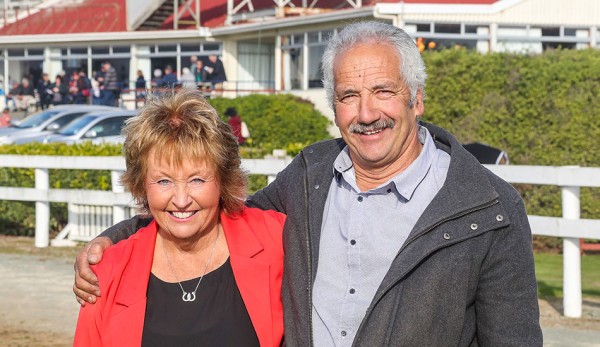 Based in Oamaru, the Williamsons are one of racing's great families.

As well as Phil's 700 training successes, the first coming nearly 30 years ago (1993), he's also driven 333 winners. The next generation has also excelled with Nathan having 957 winning drives, and 323 training successes while Matty has had 1043 and 21. Youngest son Brad is poised to be the next to reach a big milestone - he has 398 winning drives (including Sunday's success) and 67 as a trainer.

Between them the Williamson clan lay claim to 1111 training wins, and 2731 driving wins. 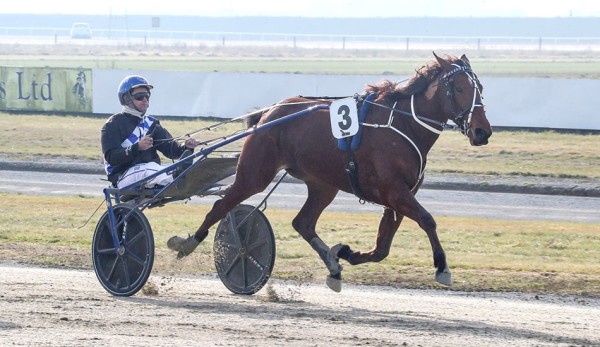 To use Phil's words again - it's a good number.

Only 20 of his 700 wins have not been with trotters so that's provided him with a fresh target.

The way the things are going that seems very achievable.

No-one has had more wins in this country with trotters than Williamson. He was the first to record 500 wins in 2016. Ironically his first wins as a trainer came from a pacer. In 1993-94 Role Model won six races as a pacer before getting ten as a square-gaiter.

Among those successes with Role Model was Williamson's first Group win when he took out the Group Two 1996 New Zealand Trotting Championship at Addington in 1996.

Many more would come in ensuing years with One Over Kenny and Springbank Richard winning the country's biggest trotting features - the Rowe Cup and the Dominion. In fact One Over Kenny won the Rowe Cup twice, though on the second occasion she was trained and driven by Tony Herlihy.

Both make the cut as the best horses Williamson's ever had along with Jasmyn's Gift (17 wins) and Allegro Agitato (22 wins). Jasmyn's Gift was named after their daughter Jasmyn who didn't follow the rest of the family into racing and is an accountant based in Christchurch. 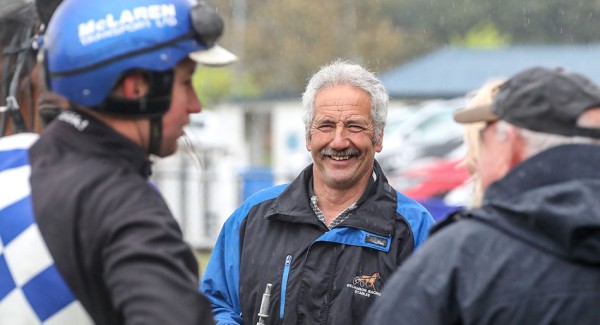 As for his best day in racing - Show Day 2006 is the winner hands down.

Of the Williamson runners, Let's Get Serious won the first, Blakatak was second in the 4th, One Over Kenny won Race 6 and Jasmyn's Gift won the NZ Trotting Free For All, with stable-mate Allegro Agitato third.

The only horse they took to the races that day that didn't win or place was Lord's Invasion. And he finished fourth!

And the Williamsons certainly appreciate the good times.

After Sunday's milestone they cracked open the bubbly.

"Bev and I had a couple of glasses, and that's not something we do often."