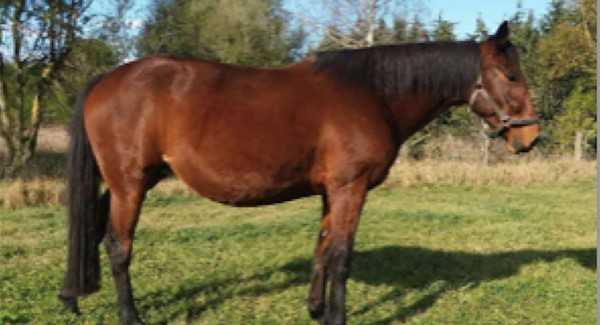 In a boon for the New Zealand standardbred industry, Albuquerque will remain in the country despite fierce competition for her from Australia in Wednesday’s gavelhouse.com Standardbred auction.

Herself a black-print winner over 2,400m by Bettor’s Delight, Albuquerque is a full sister to dual Group One winner Alberto Contador and black-print winner Duke of Albany. Already the dam of two to race, both with black-print when catalogued, a smart win in the Gr.3 Helen Pope 2yo Fillies Stakes by Millwood Nike at Ashburton on Sunday was a timely boost.

Hitting her $29,000 reserve on Wednesday morning, spirited bidding drove her final price up to $63,000 to Alabar NZ in conjunction with Victoria-based breeder Harvey Kaplan.

“Her two-year-old filly, Millwood Nike was quite brilliant in winning at Ashburton on Sunday so that gave us the confidence in her as a broodmare. We're looking forward to following the progress of Millwood Nike.

“With Millwood Nike being by Captaintreacherous, the fact that Albuquerque was in foal to his greatest son in Captain Crunch was also a positive.”

Newly promoted NZB Standardbred Manager and gavelhouse.com Standardbred representative Cam Bray was thrilled with the new high for the site as it approaches the end of its’ third year in operation.

“The site continues to be a valuable tool for breeders and owners to offer stock to a vast buying bench for very little outlay,” said Bray.

“The sale of Albuquerque is a good reminder that quality horses can fetch great prices on the site and we look forward to offering more mares of her calibre to market.” Entries for the next gavelhouse.com Standardbred auction are due online by 10pm next Wednesday 15 June. The sale will go live at 5pm on Thursday 16 June and will run through until 7pm on Wednesday 22 June.