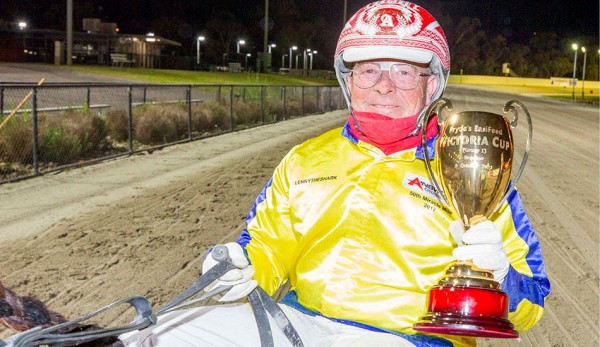 There is the great work in getting Max Delight back from an injury which sidelined him after his brilliant NSW Derby win for about a year.

The came Aiken’s work to nurse the Tasmanian-owned pacer back from a ill-timed hoof abscess which forced him to be a late scratching from the Group 2 Smoken Sprint just a week earlier.

But two other tactical decisions were major factors, as well.

Back in June, Aiken and his son, Josh, opted to put champion driver Chris Alford on Max Delight for the first time. It provided back-to-back wins and seemed to reignite the pacer.

Aiken then took Max Delight for an extended racing stint at Menangle through July and August, which clearly hardened him up for what turned out to be a bit of a last horse standing affair.

“I kept telling people, even though we’d had a disrupted week, he had a lot of miles under his belt,” Aiken said.

“I thought he became a winning hope when the draw came out, but he really came into it when Chris (Alford) was able to get across Torrid Saint at the start, find the pegs and then get behind Amazing Dream.”

Alford added: “He shot out really quickly tonight and that proved the difference. I was pinching myself coming off the back because they were all off the bit and I had plenty of horse left.”

Anthony Butt had driven Amazing Dream with aggression and confidence in front, knowing he had one major rival to beat in King Of Swing.

But, once again, Amazing Dream just didn’t seem to run up to her best form by leading and weakened late for fourth.

King Of Swing, who had to work around the field to sit parked in 58sec middle half and 27.4sec split down the back, hit the front straightening for home, but it was clear he was all out. 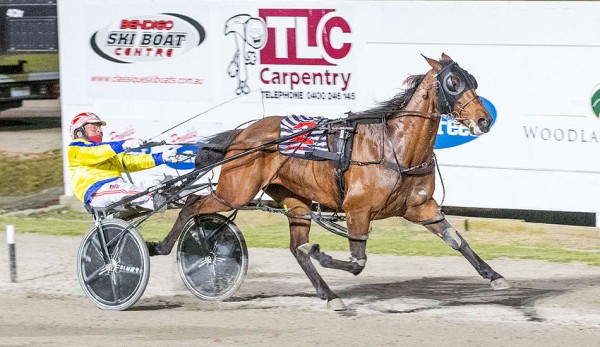 Max Delight roared home along the sprint lane to win, while Triple Eight got clear of a four legs pocket and charged home for second.

The mile rate for the 2150m was 1min53.2sec, just 0.9sec outside Hurricane Harley's track record.

King Of Swing was just 3.4m away in third spot and ultimately the draw and Butt’s aggressive front-running drive proved the champ’s undoing.

“You can’t go any better than he did tonight. It was a mighty performance. He never stopped working,” Moran said.

Max Delight gave Alford his fourth Victoria Cup win after scoring on Golden Reign in 1995 and Lennytheshark in 2016 and ’17.

Of course, Aiken trained Lennytheshark for those two wins so Max Delight was his third Victorian Cup triumph.

“This one is extremely satisfying,” Aiken said. “He basically had his whole four-year-old season off with injury.

“The one disappointment is that Mick Maxfield (owner) couldn’t be here (from Tasmania because of the Covid travel restrictions.

“It’s been an amazing night’s racing and it’s so sad we haven’t had crowds here to enjoy it.”