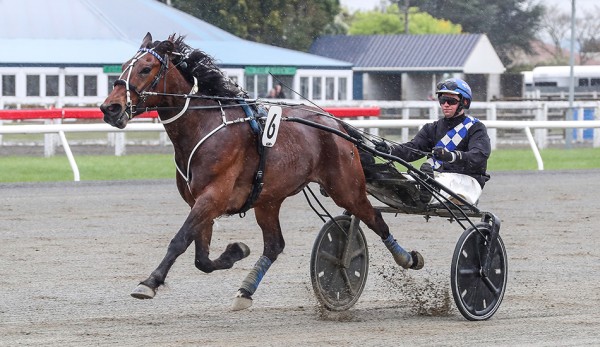 After an Australian campaign described as “a mixed bag” Majestic Man is returning home.

The seven-year-old, who’s won over $630,000, had one win and two seconds in eight starts across the Tasman since November.

“It’s been a mixed bag, the good and the not so good,” says Oamaru-based trainer Phil Williamson.

The highlight was a gallant second in the Inter-Dominion final to Maori Law, after earlier winning one of the heats.

But following that he missed out on a place in the Great Southern Star Final after galloping in the heats, and was 11th in the E B Cochran Trotters Cup at Ballarat.

“He was disappointing in his last couple,” says Williamson, “so we decided to pull the pin….but he still made 45 grand so it’s not all bad.”

In contrast, in early 2021, Majestic Man was a star performer in Australia, winning three Group One features at Melton and Menangle.

Williamson said it was hard to even speculate on why the 19-race winner hadn’t performed as well this trip and would get a better idea after he arrived home.

Majestic Man is booked to fly out on Wednesday. This is not the time to make decisions about his racing future.

“He’ll have a spell and we will go from there … time will tell.”