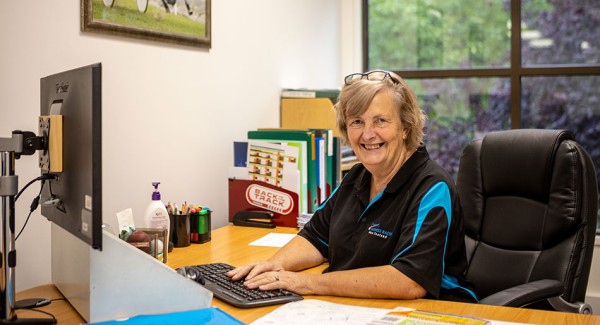 After starting out as a part-time accountant, Jenny's role grew to the point that she has led the Finance team and has been a key figure in the HRNZ administration, as well as being a key member of other projects like the centralised stakes payments system and the New Zealand Horse Ambulance Trust.

Known as a straight-talker, Jenny has been a hugely popular team member and will be sorely missed by her colleagues.

"It sounds a bit glib," said one of her colleagues, "but Jenny has literally forgotten more than most of us know."

"She has had her finger on the pulse of HRNZ business for so long, and it's hard to believe she's leaving us."

Jenny says “Harness racing has been part of my life since I was pre-school; my school holiday programme was riding in Dalley’s truck while Uncle Terry delivered his Harold Logan horse feed, oats and chaff and January holidays collecting hay. There have been and are great colleagues at HRNZ and our Clubs and I leave knowing that many are friends for life."

Jenny is exploring some other opportunities, meantime she will enjoy spending extra time with her grandchildren and a winter holiday in their caravan.

“Jenny has a wealth of experience and knowledge, and we will miss her,” says HRNZ Chief Executive Gary Woodham, "we wish Jenny all the best and thank her for her outstanding and loyal service to the sport of harness racing.”