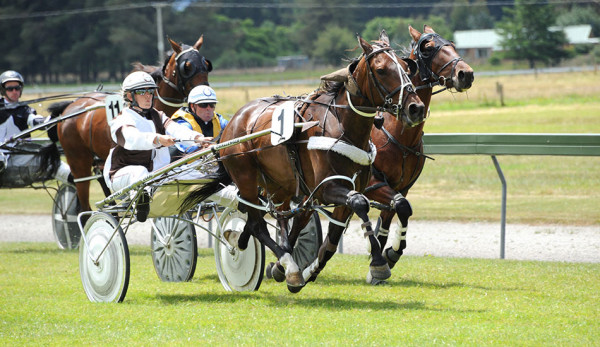 Mike Brown knew the time was right - the time for his grand old campaigner Johnny Eyre to say goodbye to the racetrack.

“The horse is well,” says Brown, “but I just didn’t want him to go off the boil and drop out of races. It’s just the right thing to retire him. ”

He finishes with 13 wins and 30 placings, with earnings of $146,351. To illustrate just how long he’s been around he made his debut in the 2013 Sapling Stakes as a two-year-old.

“There are so many highlights,” he says, including three Country Cup victories.

The North Canterbury-based Brown bred and raced the son of Christian Cullen out of Wai Eyre Lady.  He’d earlier won two races with Wai Eyre Lady in 1999 and 2000 before she became a broodmare and produced good racehorses like Eyre County (6 wins) and  Drover’s Eyre (9 wins).

But Johnny Eyre was the most successful progeny. Of his 166 starts, 123 of them were on grass, for 12 wins and 23 placings. His sole victory on the grit was at Addington in September 2016.

“He was always a pleasure to do anything with,” says Brown.

Fittingly it was Methven where Johnny Eyre had his swansong. He is the most “winningest” horse ever at Mt Harding.  He’s believed to be the only horse to have had four wins there.  His fourth win there in February this year was also the last of his career.

He also won four races at Reefton – and raced there 16 times. And his record in the Reefton Cup is remarkable.

Over the years Johnny had at least 20 different drivers, with Sam Ottley winning five races with him, more than anyone else.

Brown says Johnny Eyre finishes his career in good health – “his legs are perfect” - and that right now he deserves to enjoy the good life on the farm.