Father and son milestones at Manawatu 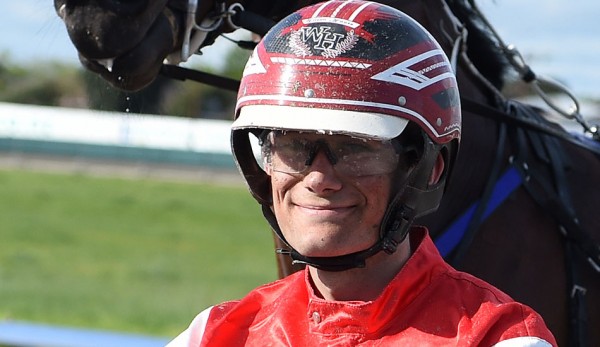 What a day it was for the Houses.

Wilson House picked up his first win as a driver at Manawatu Raceway on Tuesday when he reined home Carrera Lucia to win the Masterton Club Manawatu Graduation Final (2000m) for his father, trainer Michael House, who had five winners on the day. 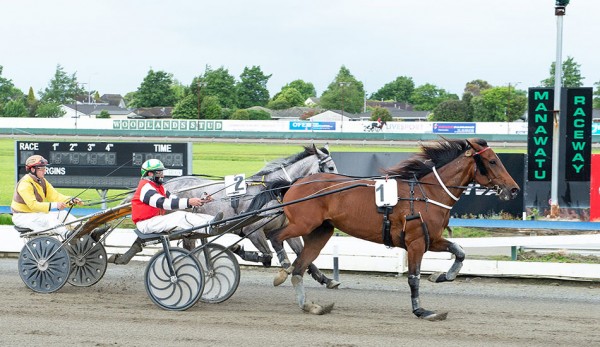 He had career win number 600 in the first race when Break Free won for Blair Orange.

Seventeen-tear-old Wilson House has been driving for about a month and was excited to chalk up his first winner.

“It was really exciting and it was great for the owners, they were really pleased,” House said.

“It was also good picking up the win for Dad, he was pretty happy.

“She is not a super horse, but she can run home alright. She was getting a nice enough run in behind.

“There were a couple of nice horses in front of me so I knew I would get a trip into the straight, and she got home well.”

The win was made even sweeter with it coming at Palmerston North, a track House has had all but one of his raceday drives, and a city he will soon call home for the next five years as he pursues a veterinary degree at Massey University.

“I have had one drive at Addington in a junior drivers race, but all the others have been here (Manawatu Raceway),” Wilson said.

“It is a great place and they have got a lot of great people here.

“I am looking at university up here and studying veterinary science.

“The idea is to head the satellite barn up here for Dad but we have got to find the right horses to keep up here.

“It will be a busy time of things, but we will make it happen.”

House has long held ambitions of becoming a vet and he is excited about stepping on a path towards following his dream career next year.

“I have been looking at that (becoming a vet) since I was probably eight or nine,” he said.

“I have always admired the vets that Dad has used in Canterbury, they are amazing people, and they do such a great job. It is quite an unreal thing to watch and be a part of.”