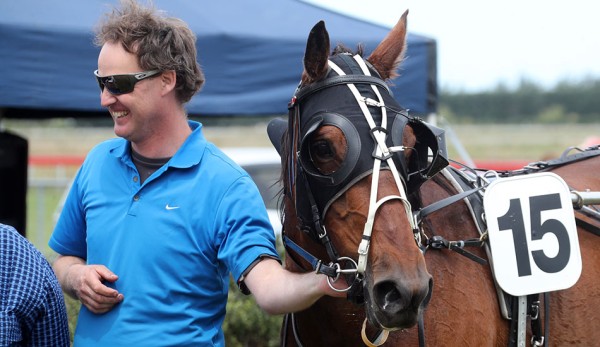 Yesterday Judgement Bay, a five-year-old mare he trains and co-owns, was a real head-turner at the Ashburton trials, winning by more than five lengths, and cutting out the last 800 in a sizzling 55.7.

Among her rivals were the well-performed All Stars duo of Shan Noble and Willow Bay. Her time for the 2400m metre mobile was 3:00.6.

“She trialled up very good,” says McDowell, who trains a team of 12 at Weedons just outside Christchurch, “she’s got a lot of ability especially at the trials but not on race day.”

McDowell's been training since 2009, with his recent winners coming from the likes of Little Gee and Mentalist.

He's seen similar trials from his mare before.

“At one trial she was fourth or fifth behind Akuta and running on better than most.”

But frustratingly the daughter of Christian Cullen hasn’t reproduced that regularly when it really matters, though she did win on debut at Motukarara in December 2020.

"I thought then that she is a handy horse."

In the 14 starts since then she has had a second and three thirds.

“A lot of races have gone against her,” says McDowell, “like at Nelson last start she was three wide then over-raced and choked down.”

Now he’s hoping her trial performance will actually be replicated on race day, starting at Oamaru next week when she’ll line up in a junior drivers’ race.

“We are just hoping she gets some confidence.. and that the cards will fall our way.”