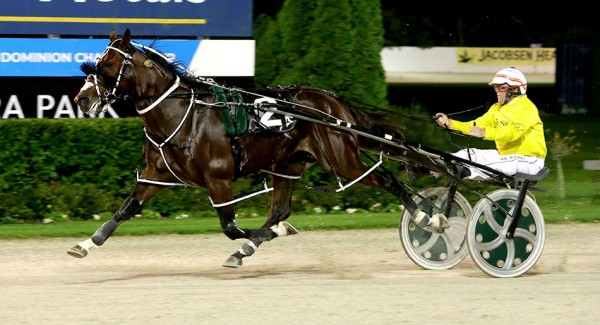 Copy That has it all to live up to now after joining one of pacing’s elite clubs at Alexandra Park on Friday night.

The speed freak four-year-old added a group one staying race to his resume when he led throughout in the $95,000 Dawson Harford Messenger Championship from Bad To The Bone and Amazing Dream in a race that was almost a replica of last week’s Taylor Mile.

Copy That won that too and therefore joins a list of modern greats in Spankem, Lazarus, Field Marshal and Christen Me as the other winners on both races in the last decade.

Three of that list went on to win a Miracle Mile, while Lazarus won just about everything else so Copy That is now on the big boys list.

Driver Maurice McKendry thinks Copy That can measure up to the company he finds himself in.

“He is a very good horse, he has a good horse’s speed,” says McKendry.

“But he was very strong in the Auckland Cup sitting parked too so I think he could be a Cups winner.

Before he has to worry about all that Copy That, who recorded his 19th career success on Friday, will head to the Jewels and then possibly to Australia for The Rising Sun and maybe open class engagements in Queensland.

But he adds a great dimension to our open class racing next season with his speed and love of front running, something he hinted at in races like the Flying Stakes at Ashburton and Flying Mile at Cambridge this season.

Also adding to our open class stocks will be Bad To The Bone, who has come back from Australia a better pacer and has been enormous sitting parked outside Copy That when second the last two weeks.

When you consider he had the Auckland Cup winner in Amazing Dream on his back and she couldn’t get past him on Friday, Bad To The Bone is a serious open class horse himself. 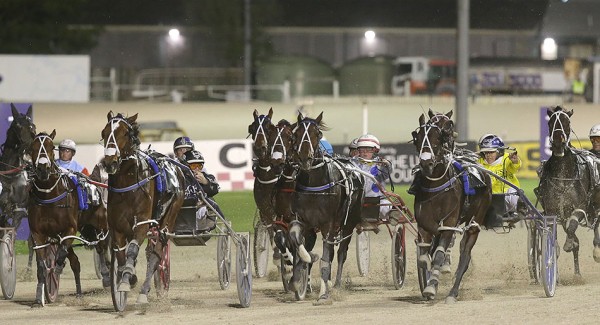 While Amazing Dream wasn’t suited by the slow mid-race tempo of the Taylor Mile nothing seems to bother her stablemate True Fantasy, who was brilliant again in the $120,000 Magness Benrow Sires’ Stakes Championship earlier on Friday.

She came from near last over 1700m to down Suntan like a special juvenile filly in a crop that looks to have real depth.

“She is a real Bettors Delight, every time she goes to the races she gets better,” says driver Natalie Rasmussen.

“Not many can do what she did here the last two weeks and she is just so laid back and takes it all in.

“But she is a very good filly.” It would be easy to think that with both fillies races in the last week being decided by such small margins there isn’t much between this crop and maybe there isn’t.

But it would take a brave punter to bet against True Fantasy at the moment because it is hard to imagine her getting worse runs that she has at this carnival and she still wins.