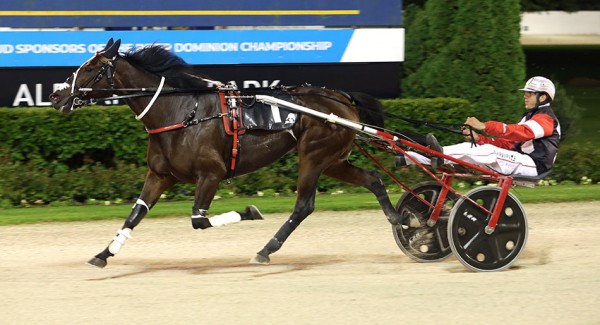 In reality the team behind Sundees Son and Five Wise Men would like to be putting them both in the paddock now.

But while one of Friday night’s group one trotting winners at Alexandra Park in Sundees Son will head for his break, Five Wise Men still has another group one to conquer.

Sundees Son confirmed the Trotter of the Year title with his fourth group one of the season in the $150,000 What The Hill Rowe Cup, bolting in after cruising to the lead in the early stages.

He has been so dominant he has earned that right and once he led it was little more than a jog for the little horse with the massive motor.

“It probably wasn’t the most exciting race to watch but this is the first time I have had a horse like this, a horse who gets the respect to lead and bolt in in a group one,” said driver John Dunn.

He simply bolted in from Bolt For Brilliance, who was again superb running on from the one-one while Temporale ground his way into third, a place Majestic Man may have cost himself with his early gallop in the home straight.

Sundees Son has been caretaker trained in the north by Craig Edmonds, who along with his daughter Aimee, also trains Five Wise Men so it is all a big Dunn-Edmonds mixed family affair. 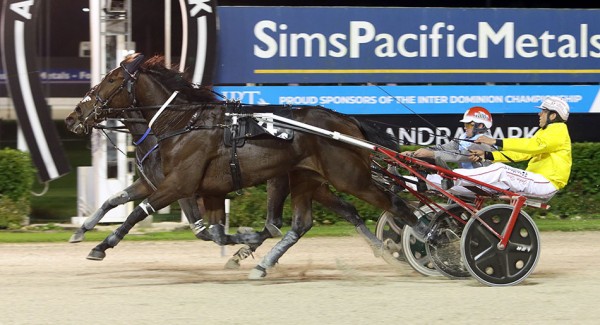 But Five Wise Men’s win was vastly different from Sundees Son’s as he was gawking around in front and let Time Up The Hill get to him in the straight before fighting the filly off.

There is little doubt he is the best of this crop but he has plenty to learn and Aimee Edmonds admits they can’t wait to get the big son of Muscle Hill to the paddock.

“But he has the Jewels to go and another lead-up race too,” says Edmonds.

“He will definitely go to the Jewels but we are looking forward to giving him along break after because he is still learning so much.

“But we are so proud of what he is doing.”

Breeder and co-owner Ivan McNicholl got a thrill of a different kind after the race as the winning presentation was overseen by ATC president Rod Croon.

"Rod and I played rugby together for Naenae in Wellington many many moons ago," laughs McNicholl.

So to be here together all these years later means a lot to me."