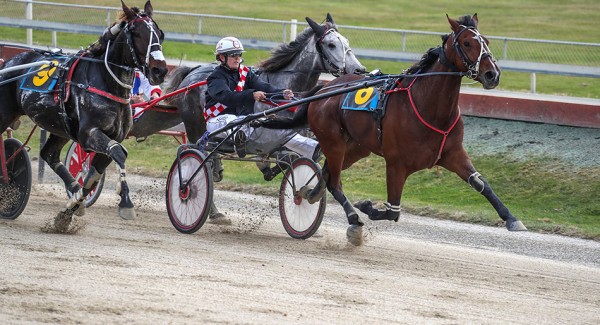 The Rowe Cup meeting, the biggest night for trotting in New Zealand, had a notable absentee at Alexandra Park on Friday night, Paul Nairn.

The trotting maestro was 1100km south at his Leeston home watching it on television.

It’s the first time since 2009 since Nairn hasn’t had a runner on the night and he admitted it was an unusual feeling not being up in Auckland for the feature meeting.

“It is a little bit (unusual feeling not having a runner), but that is racing. You have got to play with the cards you have got,” Nairn said.

As a trotting enthusiast, Nairn grew up idolising the winners of both races and said it was a thrill to win each of them on several occasions.

“It was a big thrill winning it (Rowe Cup) with those two,” he said. “They are races that you grow up watching. It is a great trotters race and to win it is the pinnacle.

“It was a wee while between drinks with a few of the Derbys. If you have got a good, nice horse, that is good enough to win those sorts of races it is pretty special as well.”

Nairn won his first Northern Derby with Above The Stars, who helped launch his training career.

“I was pretty young then, he (Above The Stars) was a special young horse, especially as a two and three-year-old,” Nairn said.

“He was just a bit better than the rest and we had a lot of fun with him here and in Australia. I was over there for quite a while with him and travelled around a bit with him.

“I was a wee bit spoilt with him.”

While he wasn’t able to be up at Alexandra Park on Friday, Nairn was still able to celebrate the success of his team at Addington Raceway earlier in the day.

Nairn took three runners to the Christchurch track and nearly came away with the perfect result, recording a winning double courtesy of Outamyway and Andoverlov, while Full Of Hope ran third in her event.

Nairn was pleased with Outamyway’s second consecutive victory and he said he has plenty of improvement left in him ahead of a few stakes targets over the coming month.

“Outamyway’s manners were good today and it was a good drive by Blair (Orange), he got a lovely run which helped a lot,” Nairn said.

“He only does what he has to, he is quite a lazy sort of horse. He is a gross-doing horse too, he still looks a bit fat.

“He is in the sales race in a couple of weeks, which will be a good race for him, and we have got the Jewels coming up. I am hoping with a bit of racing and a bit more work at home he will be at his best for those races.”

Nairn was just as pleased with Andoverlov’s winning effort and said the four-year-old gelding is finally starting to mature.

“He has been a bit disappointing at times,” Nairn said. “He has got a bit stronger and a wee bit more mature. He is handling his racing a bit better now.

“That was one of his better runs today because they did a bit of work in the middle part of the race and he still finished it off pretty well.

“A good race for him will be the four and five-year-old trot, which is coming up shortly, and then the Jewels is another race to try and set him for.”

Later on the card, stablemate Full Of Hope finished third behind Gold Chain in her 2600m race.

“She began well and got a nice run, her manners were a big help,” Nairn said. “The others outsprinted her a little bit at the finish, but Robbie (Close, driver) said she seemed to be trying, so that’s a plus.”