Butcher gets back to back Group One's 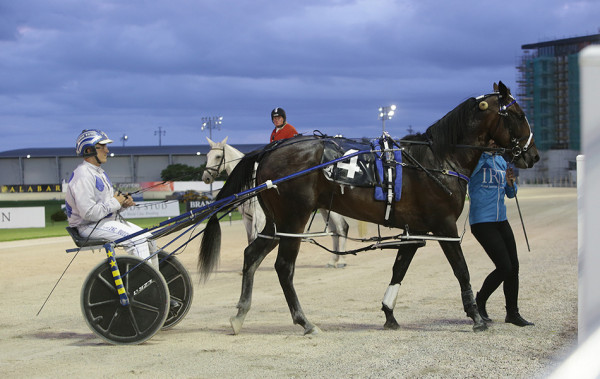 Zachary Butcher drove back to back group one winners at Alexandra Park on Friday night but can’t help feeling he was gifted the first one.

The outstanding young reinsman captured the $125,000 Pascoes Northern Oaks with hot favourite Bettor Twist and then had to work harder for his money as Montana D J overcame sitting parked to win the $95,000 Breckon Farms Cardigan Bay Stakes.

Butcher only secured the Bettor Twist drive after first Tim Williams then Mark Purdon weren’t allowed to drive her because of Level 3 restrictions, handing the reins on a red hot Oaks favourite to Butcher.

“I couldn’t believe it when I got the call, you don’t get handed group one favourites like that to drive very often.

“So I was stoked and I think I owe a few boys a box of beers… Hayden, Tim and Mark.”

Butcher said while the race went as predicted with Bettor Twist getting the lead he feared starting the last 800m he might have gone too slow.

“She is quite deceptive and only does what she has to and I actually would have preferred something having a look at her.

“But she had a bit left and she is a very good filly.”

The win emulated what Bettor Twist’s dam Twist N Twirl has done winning the Oaks and set her up for potentially a huge group one double with King Of Swing favourite for Saturday night’s Miracle Mile at Menangle.

Butcher needed to be calm before aggressive in the Cardigan Bay because it was obvious pretty early that leader Classy Operator wasn’t going to be handing up to Montana D J.

So he sat parked, never letting the leader get too far away and the $175,000 yearling sales purchase did the rest, wearing down the brave leader.

Sharing the group one training wins were trainers Barry Purdon and Scott Phelan, although the latter could have gone close as a driver too after his drive Major Perry galloped early, lost 10 lengths and was a massive fourth.

“We are thrilled with both of them,” said Phelan.

“The winner is a very good horse and he has to be and Major Perry is also pretty special.

“The stable has had some horses sold or exported recently and that happens but you need horses of this quality coming through to replace them.

“So it is an exciting time and a huge thrill for me to get a group one with Barry because he has been such a huge part of my career.

"And for Dean Shannon, he is a big owner for us and great to deal with."