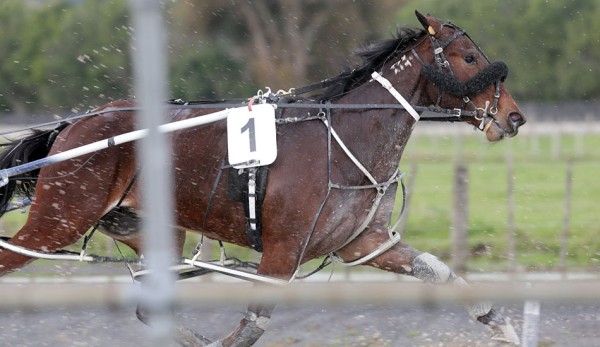 Robbie Behrns has returned to training after more than a decade away from the game, admitting he couldn’t get the racing bug out of his system.

“It is in your blood, once it gets in there it doesn’t leave,” Behrns said.

He has just the one horse in his barn, Adaline, but the Pukekohe horseman said the three-year-old filly is more than enough to keep him busy.

The daughter of American Ideal finished fifth when on debut at Cambridge Raceway earlier this month and she will return to the Waikato track on Thursday to contest the Betavet Mobile Pace (2200m).

“I think she will put in a good show,” he said.

“In that first start I thought she was going to drop off, but when he (driver Todd Macfarlane) pulled the plugs she made up about six lengths in the straight.

“Drawn one (on Thursday), if she gets the right run, she will be thereabouts.”

Behrns has plenty of time for the filly and he said she is comparable to one of his former runners.

“I had a filly called Alice Of York that won three and I think she wouldn’t be too far away from her,” Behrns said.

“She is by American Ideal out of a Mach Three mare that went about 55 in Aussie. When I got her she grew a bit too. I quite like her, she is a nice natured little thing.”

Behrns said he is enjoying being back hands-on in the industry.

“She (Adaline) came up for lease and I have done this a few times and made a comeback,” Behrns said.

Reflecting on his time training, Behrns said his major highlights came in the Gr.2 Rosso Antico Stakes (2700m), which he won in 1990 with French Dynamite and in 1993 with Castleton’s King.

Training is not the only area of the industry Behrns has tasted success, having part-owned Rosalie Bay before her subsequent sale and victory in the Gr.1 Breeders Crown 4YO Trotters Final (2240m) at Melton in 2013.

“I had another horse with my mate Shane Lilley, the brother of Brent, called Rosalie Bay. He bought my half share and she went on to win the Breeders Crown in Australia.”

While Behrns has enoyed some great highlights in racing, he doesn’t have any ambitions to expand his one-horse barn.

“She (Adaline) is the only one, she keeps me off the streets,” he said.