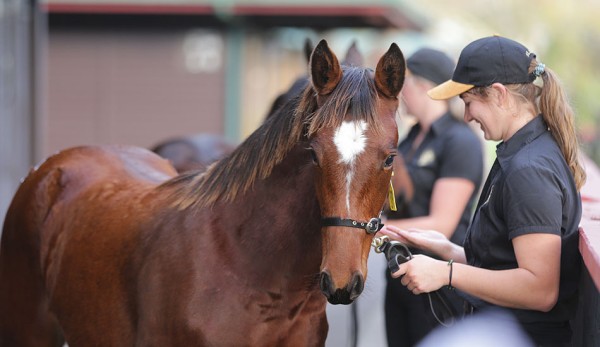 More than 100 weanlings were up for sale with Stonewall's Steve Stockman spending big money as he did at the Yearling Sales earlier in the year.

They also bought another Captain Crunch colt for $46,000.

Also busy at the sales were the Australians, especially Tumby Park from New South Wales, who bought six weanlings at a cost of around $150,000.