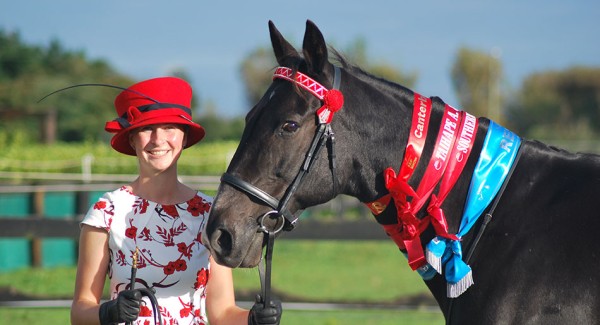 Now the 22 year old geology student is thinking that she and two-time New Zealand Cup winner Monkey King could go all the way to the Horse Of The Year.

When she's not studying Bella is a yearling preparer at Dancingonmoonlight in North Canterbury - it's an upmarket boutique standardbred farm owned by the Famularos.

And it's there that she first met Monkey King.

When "Sam", as he's known, won his 10 Group Ones including the 2009 and 2010 New Zealand Cup Bella was just a youngster. All she knew about the black gelding is that he had "a presence".

"He was in a paddock with 12 broodmares and he was special, he had a beautiful trot and beautiful conformation."

And that got her thinking that maybe the now 19-year-old could have a future in the show ring.

Bella discussed the idea with Sara Famularo, and in mid-February Bella rode him for the first time. Monkey King had been ridden before but not for a decade or so.

"There have been a few times when he is not entirely sure but I've always felt safe with him and he's taken to it so well," says Bella. 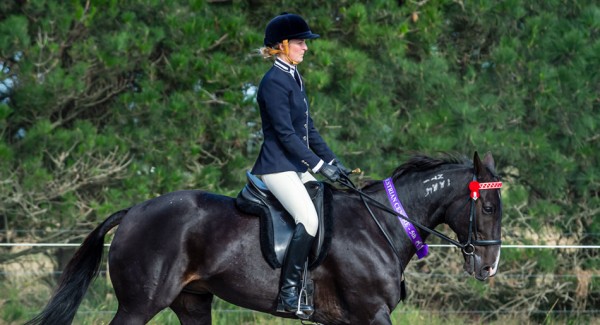 "He's a kind and willing horse," says Famularo, "and he just wants to please. Bella and Sam were just hacking around the paddock, he couldn't have cared less."

Since then Bella has taken Sam under her wing.

He has moved from Dancingonmoonlight to her property just down the road.

"It is a bit strange now not having him here though Baileys Dream is still here babysitting the young ones," says Sara.

Baileys Dream was a million-dollar earning stablemate of Monkey King's. Both trained by Brendon Hill at Dancingonmoonlight in the mid-2000s they were a formidable duo.

Bella's initial plan was to take Monkey King to one show - just so they could say they had done it. That happened at the Selwyn Equestrian Centre a 45-minute drive from Christchurch.

"He just blew me away," says Bella, "he won every single led section, he was best presented.... and Reserve Champion."

Such was his prowess that Bella's now thinking much longer-term and is already eyeing up more shows later in the year.

"I also got feedback from a judge saying 'can't wait to see what the future holds - see you at HOY'."

To Bella the idea that they might be good enough for the Horse Of The Year was mind-blowing.

"It was incredible - just the greatest compliment."

That is a long way off - HOY is not scheduled till March 7-12 2023, after this year's event was cancelled because of Covid.

There is a lot of work to be done before then. 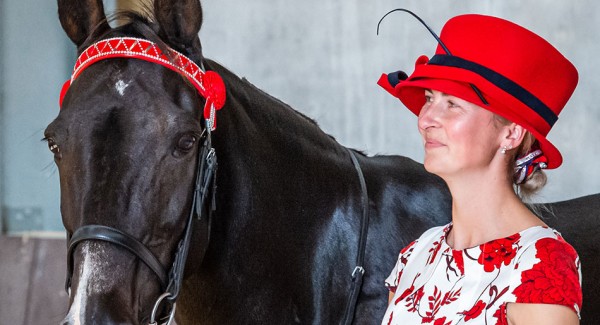 "We need to get his canter sorted," Bella says , "his left hand rein is established but his right hand canter needs some work. Like a lot of standardbreds he is not as balanced as he could be."

"He also needs to work on his walk-trot-canter transitions."

"I just want him to be happy and enjoy doing what he's doing."

A South Island equine rehabilitation programme, credited with helping dozens of people, is eyeing an expansion to the North Island.