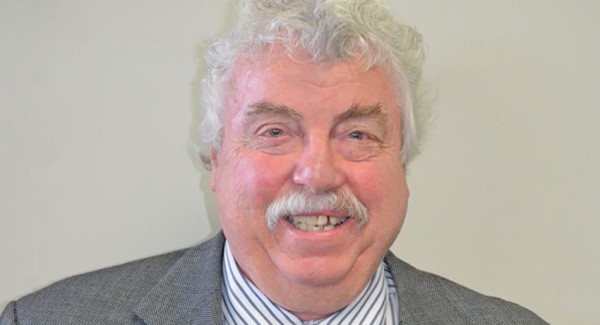 Known as a real character, Allen died in Wellington this week.

"It's hard to think of anyone who's made a bigger contribution both as a breeder and at a club and national level," says former Harness Racing New Zealand Chief Executive Edward Rennell.

"He had a good sense of humour."

Colleagues have since said there was a lot of sadness when he left because "he was always fully trusted by staff to look out for them."

"He was larger than life, the most generous, genuine man you could ever come across," they said.

In business Allen was successful, owning and operating his family transport company (established in 1941) in Wellington – WH Allen Ltd.

A talented sportsman, excelling at cricket and golf, Allen became involved in all aspects of harness racing.

The first winner he owned or co-owned was the Craig Edmonds-trained and driven Millburn Pride at Manawatu on November 25, 1983.

Now based at Woodend beach Edmonds was living in Wellington at the time.

"Gary introduced himself one day at Hutt Park and asked if I wanted to train some horses for him - and it went from there," says Edmonds.

"He was a really good guy, and good to train for."

"I'd either be in the store or driving trucks... we were good friends."

A big fan of the square-gaiter, Allen raced 60 horses on his own account and won 152 races - many of them carrying the "Galleon" name.

He established the Fanny Allen Family Trust. It won 32 races and also bred many winners. Foremost among them were Galleons Sunset (14 wins) and Cheer The Lady (11 wins).

Allen's only Group race winner was Thedonsson, who he co-bred with Neil Munro. He won nine from 46 before being sold to North America.

Allen featured as the breeder, or co-breeder, of three of the horses on the ‘Honours List’ for that season. They were Thedonsson, along with best filly Belle Galleon who won 11 from 74 and the highly talented seven race winner Sonofthedon (best entire/gelding).

It appears Allen's first venture into breeding was with a mare called Peter’s Way, from which he bred three foals. One of them Peterman won five races in New Zealand for Ian Dobson, and became a two-minute performer in Australia, winning a further nine races over there.

Gary was involved in the breeding of 71 individual winners in New Zealand, which have won 284 races between them, including Springbank Sam (20 wins), Daenerys Targaryen (15 wins), Galleons Assassin (13 wins) and Pocaro (13 wins).

In recent years he had suffered from ill health.

Gary Allen was 76 and is survived by his wife Doreen, daughter Debbie and son Dean and their families.

Alan Clyma, a life member of the Forbury Park Trotting Club, is being remembered as a "gentleman who was passionate about harness racing".