The Geraldine Trotting Club's track at Orari has been good to Amanda Tomlinson over the years.

She had her first race day drive there with the very good Zuri, finishing third to Tinka Castleton and Dalton Invasion on November 26, 2005. She’s had 836 drives and 59 wins since then.

And now Orari’s given her her first win officially as a trainer after daughter Sheree drove Zsa Zoe to victory in the feature trot at the Methven Trotting Club's meeting there on Sunday.

It was the second time the now six-year-old has won the What The Hill Fillies And Mares Trotting Classic.

“It was great,” says Tomlinson, “the mare likes the grass and she’s no world-beater but she’s now won 10 races!’ 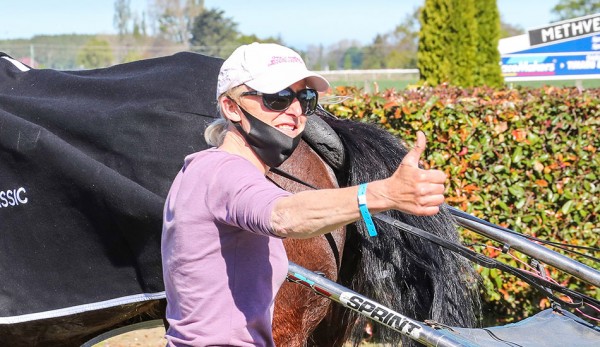 Tomlinson has just officially gone into a training partnership with her father Ken Ford after being a key component of the stable for years. Sunday’s win was the partnership’s 24th start this season.

“It doesn’t mean or change anything,” she says about the new partnership, “though my name is in the book, so there is that recognition.” 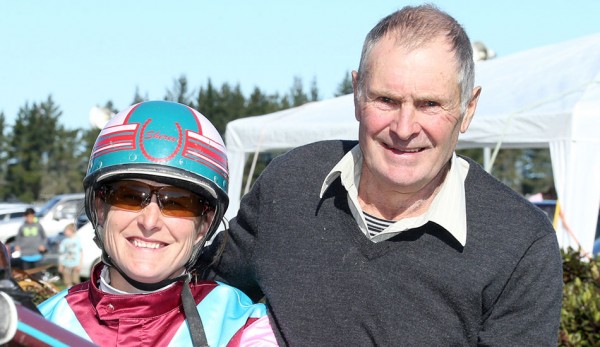 Now in his 70s, Ken Ford’s still very much involved day to day though the cold nights during winter don’t always suit.

“He’s got rugby and shearing injuries, he’s done both rotator cuffs over the years, they are bone on bone and his shoulders don’t like the cold nights.”

“I get nervous full stop, but I get more nervous for the horses when the girls are on, it's the pressure for them to go good."

Sheree has just left the junior drivers ranks and has 182 career wins, while Kerryn, who’s based in Oamaru, is still a junior, with 59 wins so far.

Team Ford-Tomlinson has around 15 horses in work, with “about another five to come back in”

One in particular has an interesting back story.

“My mum (Diane) bought an Auckland Reactor sight unseen from Alabar and she told the girls separately and they both had the same reaction and said “oh no nana!” – and the name stuck.”

“Oh No Nana” is a two-year-old gelding out of Kate Caterina.

As for Tomlinson’s goals now she is an official trainer?

“I don’t have any really – just see how it goes though I do have a bucket list and that’s to get to the Christmas meetings on the Coast.”

She’s been to Westport for their March meeting but never to either Westport or Reefton between Christmas and New Year.

Westport on Boxing Day is considered one of the meetings on the racing calendar.

“I’ve been trying to get there for years, I’ll get there one day,” she said.