A fishy tale with a "feel-good" ending

Breeder-trainer Clare McGowan knows she's going to get asked the same question many times : "why did you call your horse Wish For Fish?"

The three-year-old Love You trotter, who's been a bit of a handful so far in his career, qualified at Pukekohe on July 28 and is set to make his debut in coming weeks.

"He's a very special horse," says Clare who trains in partnership with husband Dave McGowan, "he doesn't fully believe in himself yet but he has stacks of ability."

As for the origin of his name - it's a long story, and one which started with a chance meeting six years ago.

The Wish4Fish Charitable Trust, which has helped thousands of people over the last decade, was holding a fund-raising night at Alexandra Park in July 2016. 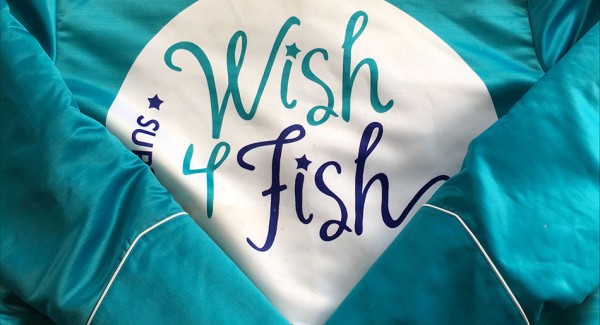 Each race featured a driver wearing the Wish4Fish colours (a light blue top with a navy blue sash, white sleeves and navy armbands) and in the last race of the night that just happened to be Todd Macfarlane, who was driving the McGowan-trained Inkyroe.

The then four-year-old mare won her debut by six lengths. Following the victory the McGowans donated their race winnings and some goods to the cause.

That started a relationship between the trust and the McGowans that has since blossomed. Inkyroe, the mare with the appropriately fishy name, went on to have a foal, with the McGowans deciding to call him Wish For Fish to help promote the trust that Clare says is "doing amazing work."

"It truly is inspirational what they do and we are more than happy to help out where and when we can." 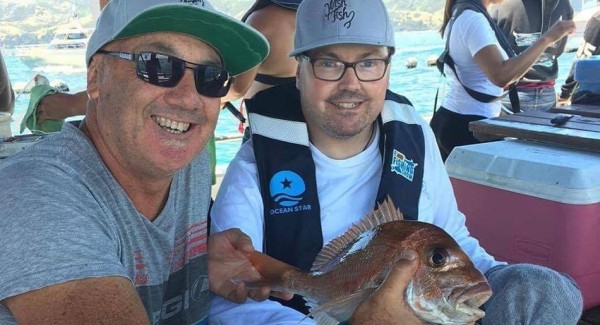 Behind the Wish4Fish charity is founder Bryce Dinneen, a keen fisherman who suffered a severe spinal injury after diving into a shallow pool in 2007.

The thought of not being able to fish anymore was a daunting one for Dinneen so he came up with the idea of using fully accessible boats so that people with limited mobility and mental unwellness could still enjoy the therapeutic benefits of a day out on the water. 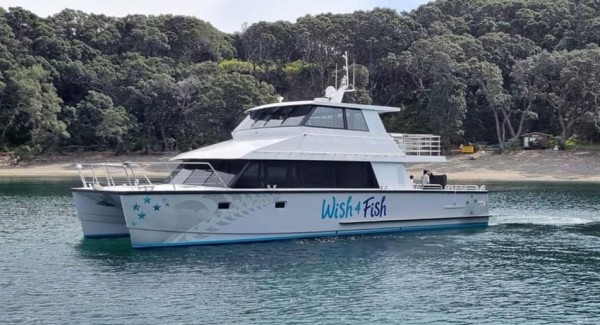 Initially they hired charter vessels but then they came up with Project Noah. Now, after years of fund-raising, they have a $2.4 million fishing boat based in Tauranga which Dinneen says has taken out over 675 people since its launch last year.

"The organisation is super grateful to Clare and Dave who have been amazing," says Dinneen, "it really is a very cool feel-good story to have a horse called Wish For Fish race in the Wish4Fish colours.

"It was pretty cool alright," says Dinneen, "when he races I'll definitely pop over (from his home in Tauranga) to watch him and put a few dollars on."

Anyone wishing to donate to Wish4Fish can do so here