Less than two weeks out from the National Standardbred Yearling Sales, Studholme Bloodstock principal Brian West is firing on all cylinders as he and his co-consignors attempt to replicate the dizzy heights of last year’s incredible sale.

With an aggregate of $1,254,500, it was enough to see Studholme Park as the leading consignor in Christchurch and not far behind breeding magnates Breckon Farms and Woodlands Stud for national honours despite having nearly half as many yearlings catalogued. 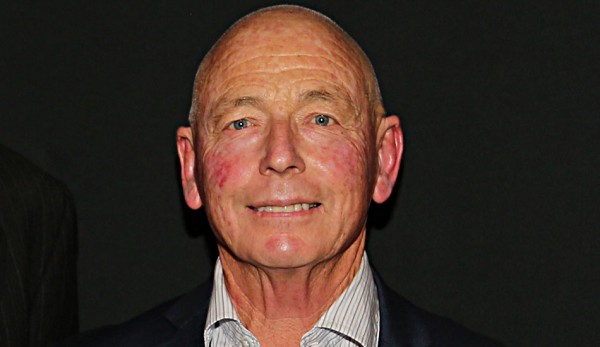 “Last year was phenomenal and way way way beyond any expectations which was very good, because as you know in this business, most years you break even if you’re lucky and every three or four years with the right stock you might do well enough to get ahead,” said West. “We got more than ahead last year I guess you could say and it really set us up for the last 12 months.

“It was a really tough drought last year in Canterbury and we have grown all our own feed on farm since 2004. Last year we weren’t able to harvest anything close to what we usually do and that great sale really got us through a difficult time,” he said. 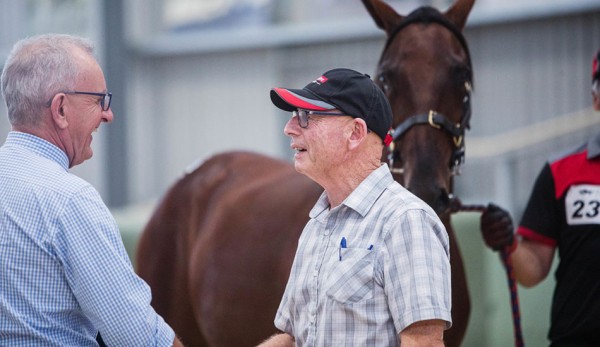 2022 sees Studholme Park with 13 lots catalogued in the Christchurch sale, all by world class sires out of current black type families, however West is realistic about the road that lies ahead.

“Our expectations are a lot lower based on the fact we bred only three Bettor’s Delights last season and two of those mares lost their pregnancies somewhere along the line. So we only had the one yearling by the champion sire for this year.

“She was a lovely filly out of Iconic Legend with a beautiful pedigree, but she had to have surgery a week ago and is withdrawn from the sale.

“In lieu of that, we do have four lots by the champion North American sire, Captaintreacherous,” said West. 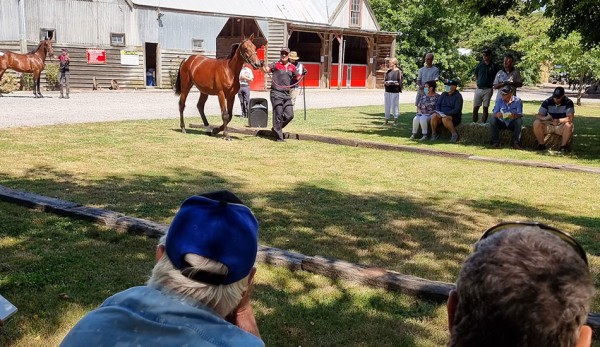 Headlining the quartet by the son of Somebeachsomewhere is a colt out of the stakes performed American Ideal mare, Start Dreaming.

Start Dreaming’s first foal by Bettor’s Delight was offered last year in Christchurch, fetching a whopping $250,000 after one of the more bizarre sale faux pa’s in recent memory whereby the wrong horse was presented in the sales ring.

20 minutes after being hammered down for $110,000, the sale of Lot 232 was cancelled when it was established that a Captaintreacherous colt out of Lily Lancome had assumed a mistaken identity.

“We worked out that when the yearlings were brought back in at Christmas time, there had been a mix up and the two affected yearlings were somehow swapped into the wrong paddock.

“This lead to the yearlings being boxed and paraded incorrectly at the Canterbury Yearling Tour and implicated all the marketing and videos we had done.”

Given West and co breeder Mike Jefferies had an initial reserve of $60,000, the pair came crashing back down to earth with a thud.

What eventuated was a perfect storm with the Start Dreaming yearling being reoffered as the last lot on day three, and West can recall thinking to himself that the buying bench had far from thinned out as he looked on from the back of the auction ring.

“Within about four bids he had reached $200,000 and I couldn’t believe what was happening,” said West.

The rest they say is history, however West is confident of a much smoother three days selling at Christchurch Agricultural Park in 2022, starting with a cracking draft of five trotters on day one.

“This is one of my biggest ever trotting drafts and you couldn’t fault them, I’m not saying you would give them all a ten out of ten but you would go pretty darn close.

“We are breeding from nine trotting mares on farm and have steadily increased it over the last few years because I like that market and see the potential there for the trotters going forward,” said West. 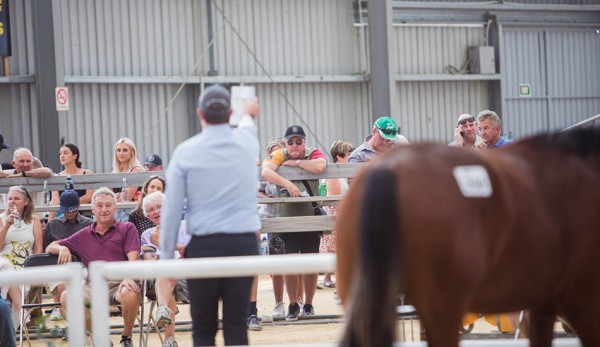 The trotting entries on Day One at Christchurch have reached a crescendo of sorts, with record entries (64 up from 49) that are in line with the steady growth we have seen in the gait in terms of both numbers and quality genetics.

“When I started breeding there was hardly any straight out trotting blood, most of it was made up by pacing sires. Now days we have access to the greatest blood lines in the world and I guess you could say the product is world class or at least on its way to competing on the international stage.

West has four yearlings by Father Patrick and one by Majestic Son and is optimistic about their chances.

“The colt out of Sungait Sally is a magnificent horse and is as good as any that I have ever taken to the sale. He’s just a wonderful looking horse.

“Then we have what is likely the last foal out of Paramount Star who has been a fantastic producer for Graeme Gimblett and myself,” he said.

The daughter of Sundon is the dam of six winners and has produced three group performed trotters such as three time G1 winner, Paramount Gee Gee, G1 winner Paramount King and the G3 winner, Paramount Queen. She is also the grand dam of the extremely talented G1 winner Muscle Mountain.

Rounding out the trotting draft are Father Patrick fillies out of Lady of the Moment (a full sister to Oscar Bonavena) and Superbowlcheerleader, a winner of the G1 Anzac Cup. West also has a Majestic Son colt out of I Love Paris, an unraced Love You daughter of Hot Vacation who herself is a Dream Vacation half-sister to Sheemon. 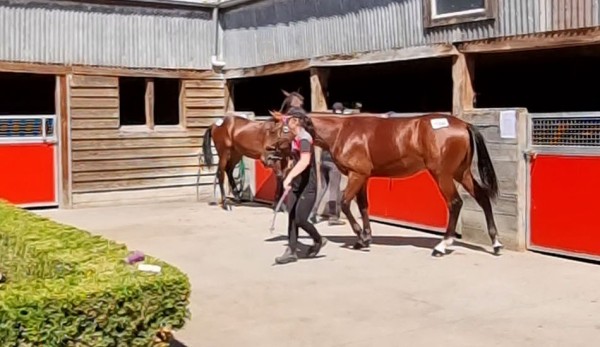 One of the big highlights for West in 2022 will be taking a filly to the sales by a stallion he co-bred.

Lazarus makes his long awaited yearling sales debut and the champion pacer who provided West with his greatest achievements in the sport as a breeder is set to provide him with another thrill he never dreamed possible.

“To have produced a horse who was so dominant here who then went on to compete on the global stage in North America was very satisfying. For him to then go on and stand as a stallion is something I could never have envisaged in my wildest dreams,” said West.

“The Lazarus offering in my draft is a beautiful filly and she should sell really well,” he said. The filly is out of the one win Mach Three mare, Wat A Woman, making her a half-sister to the talented Bettor’s Delight filly in Manhattan, a recent Addington winner in a 1.55 mile rate for Bob Butt.

Art Major has been a wonderful friend to vendors at the yearling sales with the champion son of Artsplace having produced a litany of classic performers in his tenure at stud as a dual hemisphere stallion.

While he is definitely in the twilight of his career, there is no denying his class and West has three yearlings catalogued by him in 2022 including a full sister to a West Australian Derby winner. “The Art Major filly out of Under The Odds is faultless, a beautiful filly and would make a wonderful base for anyone entering the breeding business being a full sister to Major Trojan and Artisan,” he said.

“We did have a fourth Art Major catalogued, a full brother to Beyond Words but unfortunately he was born with a clubbed foot which we were unable to improve enough to present as a yearling sales prospect so we have put him aside and a decision will be made on his future in time.

Those who have had the good fortune of touring the grounds at Studholme Bloodstock are often challenged by West as to what some of our prominent buyers have identified as his best yearling on type.

When they are all by champion sires out of current black type families, there is almost no right and obvious answer and after 50 years, West knows better than to label one over the other.

“I don’t like to put my finger on them and say this is the one because who knows? Year after year I’ve been surprised at what I thought was my best yearling often being wrong. What I felt was a twenty or thirty thousand dollar horse has sold for a lot more and left me quite amazed, so it’s just very hard to say.

“Looking at them and listening to those who have been across them so far, the two Captaintreacherous colts out of Secret Lotion and Start Dreaming are quite outstanding,” he said. 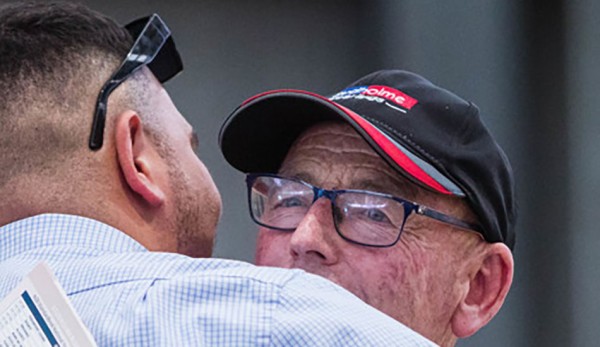 Like Art Major, West concedes as he has for some time that after 50+ years breeding and selling bloodstock, he too is in the twilight of his career.

Like a fine wine however, Studholme Bloodstock progeny are performing as well as they ever have with the likes of Group One winners Beyond Words and True Fantasy continuing on from the magical run of the champion, Lazarus, in recent years.

West however realises the end is nigh and has plans in place to wind down the operation that sees him breeding from over 40 mares per season.

“The irony is that I’ve bred more mares this year then I have for quite some time, but the plan is to sell a few of the mares in foal and try and move them on in April or May and start winding back. It’s a massive operation and while I love it, the physical demands on someone my age are getting to a point where I can’t keep going at the level we have been.

“This is a hard game and it takes a lot of courage, but I’m proud of what we’ve been able to achieve here,” he said.

Carlton getting every opportunity at stud

The saying goes that the best things in life are free, so Carlton must deserve consideration by trotting breeders in the upcoming breeding season.