Williamson fires ahead of Hannon 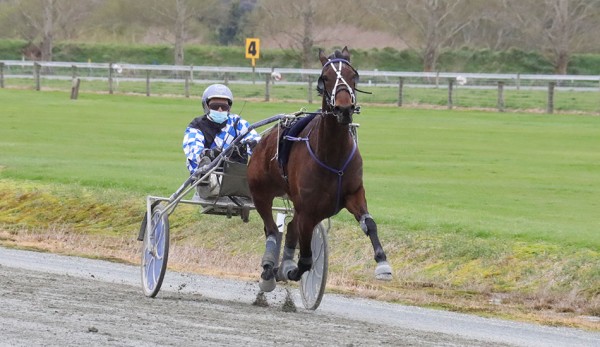 Brad Williamson started his season in style and showed his team are on song for his home town’s biggest day of harness racing on Thursday.

Williamson hadn’t started a runner from his strike rate stable before producing both Laurie’s Legacy and Simone Lindenny for victories at Young Quinn Raceway.

The wins not only have Williamson’s team in the best kind of form ahead of the upcoming Placemakers Hannon Memorial meeting.

The reinsman got the chance to get a line on his Hannon drive in Vintage Cheddar ahead of the Group 3 feature when the pacer competed in a trial between races.

The Alister Black trained pacer headed off fellow southern stars Pembrook Playboy, Robyns Playboy and U May Cullect in their first public appearances of the spring.

“He was pretty lazy the whole way round, I had to chase him up a bit but I clocked him to run home in a pretty good quarter,” Williamson said.

“He is just building up his fitness, once he has a few races he will be a lot better and he should be peaking for (New Zealand) cup week.”

Simone Lindenny has shown the ability of a horse that could make her mark in the intermediate grades at the New Zealand Cup Carnival in just two career starts.

The three-year-old made it two from two with a powerful front running win on Thursday.

“It was an impressive win, (runner-up) Cody Banner has a bit of ability when he trots and there was a bit of pressure there.”

“She is a nice horse, she would be one of the nicer horses in my stable.”

“She has still got a lot to learn yet, she gets keen in her prelim and she isn’t the easiest horse to drive at the moment.”

“But she has got the ability there.”

“The track was a few seconds off today but she ran a faster time than the higher rated trot.”

Earlier, Laurie’s Legacy ran to a similar victory with Williamson in the sulky.

Caught parked early, the reinsman pressed forward to take the lead and the four-year-old was too slick for her rivals.

“It was a good effort, she is a horse that has shown ability.”

“Her run a couple of starts ago when she ran third was very good.”

“It was a great result, Gerald Cayford her owner is away white baiting and he tuned in to watch her.”

“He told me he had a big bet on her, so he was pretty happy.”

Williamson’s stable star Cracker Hill will not be seen at the Hannon Memorial meeting or the New Zealand Cup Carnival.

The trainer and the horse’s owners decided to take a cautious approach with the star squaregaiter after he suffered a minor knee injury in the autumn.

Cracker Hill’s team gave him an extended spell which will see him return to racing around December-January.