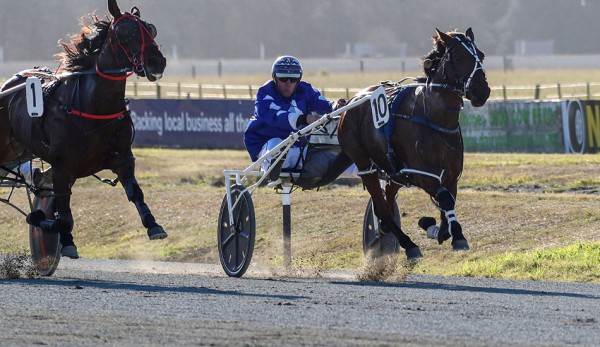 The Aylesbury trainer took just the one horse to the Canterbury track and scored the perfect result when Whole Lotta Rosie recorded her maiden victory in the Neumanns Tyres Mobile Pace (1700m).

Having drawn one on the second row, the four-year-old mare was able to retain her trail position behind Acento off the mobile arm.

Acento quickened down the backstraight and the pair opened up several margins on the rest of the field. Down to a two-horse race, Whole Lotta Rosie was able to utilise the passing lane and wear down her rival to win by a half head, with a further 2-1/4 lengths back to Lil Ripper in third.

Boyd was pleased with the win and said he took a lot of confidence out of her placing at Ashburton earlier in the month.

“She got the draw to suit and was always going to trail. It worked out perfectly,” Boyd said.

“She had been going well beforehand as well, so it all fell into place.”

It was Whole Lotta Rosie’s seventh raceday start and Boyd was delighted to finally get a win on the board with his mare.

“They are hard to get (wins) not matter where you go,” he said.

Boyd is happy with the way his mare has pulled up and she will likely back-up at Rangiora on Sunday.

“She is very resilient, she is a horse that can race every week,” he said. “She is a typical wee Bettor’s Delight, you can keep backing her up. She is a tubby wee thing, so she will improve a lot on her run.”

Looking towards winter, Boyd is excited about the return of Porsha, a four-year-old daughter of multiple Group One-winning mare De Lovely.

“She has won two workouts so far and she is a month off trialling again. She is a very nice horse,” Boyd said.

“She is probably one of the nicest ones we have had, so she is pretty exciting.” 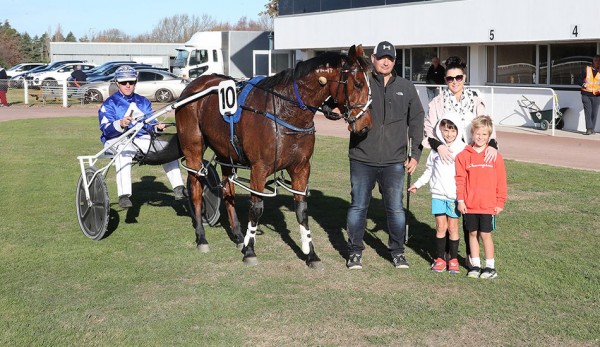 The four-year-old had been knocking on the door for some time, having placed in his three previous starts, and Reardon was confident of another bold showing on Sunday.

“It has always been on the cards,” he said. “When he puts his mind on the job he does go alright. I was pretty confident and once he found the front he was going to be hard to beat.”

It was also Reardon’s first time back in the winner’s circle for a couple of years and he is hoping it won’t be quite as long until his next visit.

“It’s always nice when all the hard work is rewarded,” he said.