Ultimate Sniper to head to stud 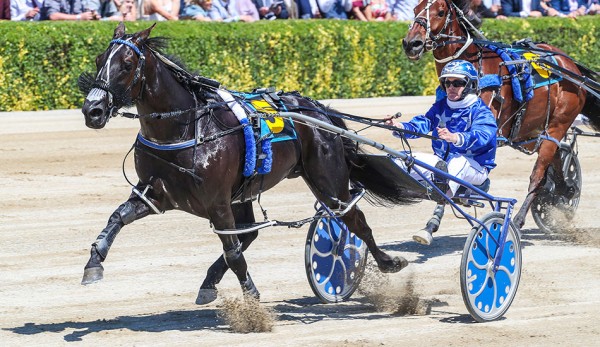 Horse of the year Ultimate Sniper has been retired, and will be going to stud almost immediately.

The now five-year-old has not raced for 16 months since dominating the Inter-Dominions when he won all three heats and then the final in December 2019. Such were his exploits that he was named Pacer of the Year and Horse of the Year at last year’s NZB Standardbred Awards.

After only racing as a three and four-year-old, Ultimate Sniper finishes with 14 wins from just 20 starts, and $842,792.

The decision to pull the pin on his racing career comes just a week after news that trotter of the year Winterfell has also finished his racing days, and will spend his retirement as a trekking horse. 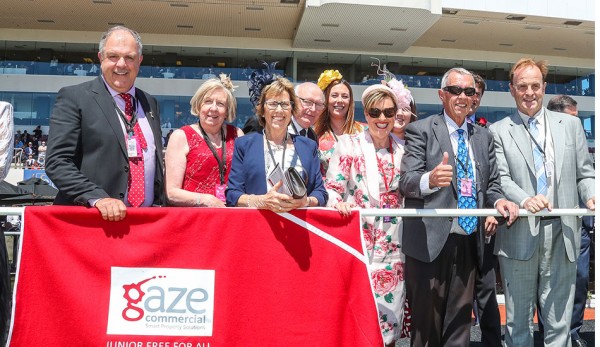 Ultimate Sniper’s ownership group, of Philip and Glenys Kennard, Phil and Margaret Creighton, Gavin Douglas, and Kevin Riseley, had hoped to get “Snip”, as they call him, back to the track, but he was thwarted by recurring leg problems.

“He was almost at the trial stage once, but we had to back off,” says Philip Kennard.

In recent times filling returned to his legs and the reluctant decision was made.

“It’s very sad – gutting in fact,” they say, “but we know he’s on to better and bigger things and a wonderful life,” said Glenys Kennard.

“He had more than a year to come right and when you are racing at that level you can’t have any chinks,” said Philip Kennard.

The biggest regret the Kennards have is that they never saw the horse realise his true potential.

“We thought he could be a flagship horse,” says Glenys Kennard, “and we would have loved to see him win a Trotting Cup.”

Ultimate Sniper has been sold to two of the country’s biggest and most influential studs.

It will be a 50/50 partnership between Alabar and Nevele R Stud similar to the arrangement they have with the likes of Captain Crunch, Always B Miki, Vincent and Ultimate Sniper’s full brother Ultimate Machete.

“Nevele R and us have purchased him 100 per cent,” says Graeme Henley, Alabar’s General Manager, “we would expect him to be very well received and serve 150 mares in his first year starting this spring.”

No stud fee has been confirmed as yet and it’s not been decided if he’ll be based in this country or in Victoria.

“The two markets are basically one now.”

Alabar already has Ultimate Machete, Ultimate Sniper’s full brother. Both are by super sire Bettor’s Delight out of Reality Check, a four race winner trained by Geoff Small in the mid 2000s (including the NZ Yearling Sales Series 2YO Fillies’ Final).

Which begs the question what does Ultimate Sniper offer that Ultimate Machete doesn’t?

“We felt we had to look at Ultimate Sniper in isolation, he’s the horse of the year, was sensational in the classics as a three-year-old and dominant against the free-for-all pacers as a four-year-old, he’s one of Bettor’s Delight’s greatest sons and the answer is that we think he’s a stallion prospect second to none,” says Henley. 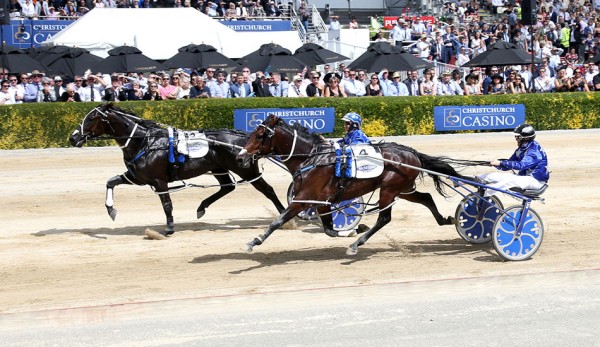 Ironically at the Interdominions Ultimate Sniper was a rival to Alabar’s own star at the time Chase Auckland.

“It was incredible watching him (Ultimate Sniper) in that series – he either ran a New Zealand record or close to it every time – and often did it racing three wide, he was an intimidating horse.”

“We are excited to be getting the horse and both us and Nevele R are firm believers in establishing our own stallions, that’s the way forward to making breeding viable.” 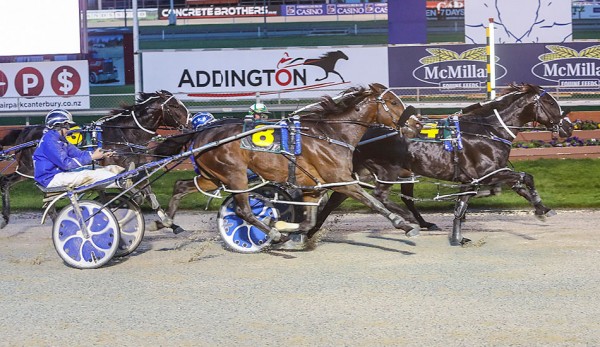 As for the Kennards they look forward to seeing him in the future, no matter where he ends up.

“He is a beautifully natured horse with a great will to win – as soon as he got behind the cart you could almost see the smile on his face,” says Philip.