New Zealand could be set for enormous re-engagement with the Inter Dominions as the connections of our top two pacers start to potentially target the Victorian series.

After initial suggestions former New Zealand Cup winners Copy That and Self Assured could both be allowed to bypass the series because of timing and travel concerns, the connections of both are now warming to it.

Trainers Ray Green with Copy That and Mark Purdon with Self Assured have both come out this week saying they are seriously considering the Inter Dominions, which start at Ballarat on November 26, 16 days after the New Zealand Cup at Addington. They then head to Shepparton and Geelong before the finals for both gaits at Melton on December 10. 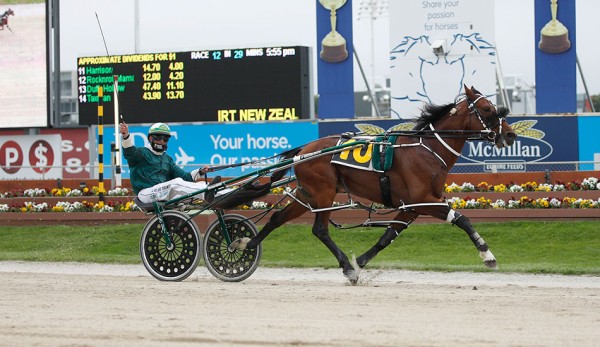 The Cup is the first target for both Copy That and Self Assured, who quinellaed it last year, but both trainers say if their superstars are racing well the Inter Dominion is now likely.

“He is back in work and looking great,” says Green of Copy That, who fractured a leg bone in a paddock accident in Victoria last December.

“The fracture has healed so we don’t think that will be a concern heading forward.

“The Cup defence is the big aim and we are thinking we may have to head south (Canterbury) earlier than last year to ensure he gets racing.

“But once he is through the carnival the Interdoms are now a very real possibility. I have spoken to Merv (Butterworth, owner) and while he wasn’t that keen initially I think he is warming to the idea.

“Yes, there is some travelling around in Victoria for the heats but he is an older, stronger horse who has done plenty of travelling now and I think he can handle it.

“So I would say, all going well, that will be the aim after the NZ Cup and then we can also look at the big races in Perth, which Merv is quite keen on or stay on in Victoria.” 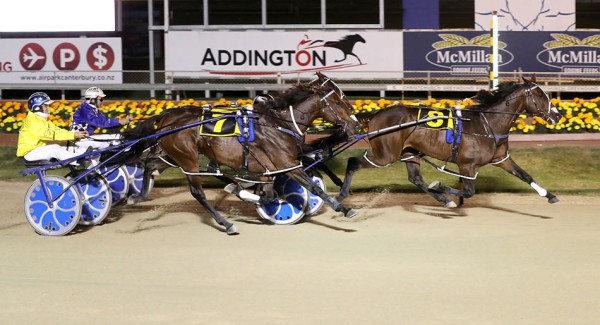 Like Copy That, Self Assured in owned in Victoria but Jean Feiss was also originally reluctant to target her home-state series because of the three heats in a week.

The reality for a horse like Self Assured, who has only been unplaced once in 43 starts, is he could race at 90 per cent in the heats and still make the final and then have a week to reset so the series wouldn’t be as hard on him as inferior horses who had to be taxed more to qualify.

“We will definitely consider it now,” says Purdon, in a softening of previous language.

“Jean wasn’t keen and she has a huge say in the planning of her horse’s campaigns but I think the travelling in Victoria won’t be too big a factor if we base ourselves somewhere central to it all.

“So I would say we will look at it and while there will be no firm decision until after the NZ Cup we have 16 days between that and the first round of heats, so the timing should work.”

If, and it is still a big if, the Cup-winning Kiwis turn up it will dramatically change the markets for the series, especially in the post-King Of Swing era in Australia open class pacing where no dominant force has emerged. 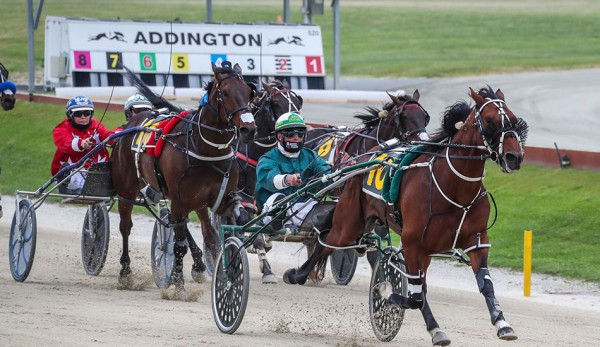 Neither Copy That nor Self Assured would simply turn up and sweep the series but on their records only Lochinvar Art, who has yet to prove he is back to his best in 2022, has a major race body of work to match the Kiwis.

Having either, or both, of the group 1 winners in Victoria as well as the likelihood of Bolt For Brilliance heading there for the trotting series, would be an enormous spike in New Zealand involvement after last year’s series in New South Wales where Covid restrictions meant Majestic Man was the only Kiwi-trained contender and even then without his New Zealand connections travelling.

But with Covid restrictions now all but behind us the trainers of New Zealand’s elite horses are starting to think more about Victoria and New South Wales over the summer, especially as the change of racing calendar means there are few group 1s for older horses at home during that period.